RAWALPINDI (92 News) – Chief of Army Staff General Qamar Javed Bajwa visited the troops along the Line of Control (LOC) on Wednesday. During the visit, the COAS was briefed on the situation, Indian ceasefire violations (CFVs) deliberately targeting civilians and response. 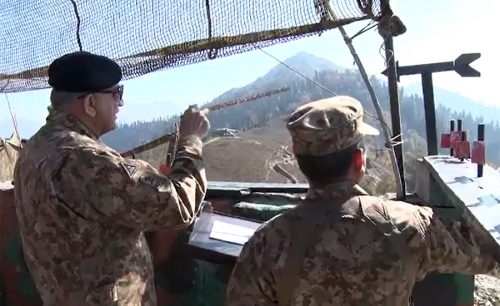 “Kashmiris in IOJ&K are bravely facing Indian atrocities under continued siege. We will never leave them alone and play our rightful role at whatever cost,” said the COAS. On Tuesday, Lieutenant General Ahmed Bin Harith Al-Nabhani, Chief of Staff, Sultan’s Armed Forces, Sultanate of Oman, had visited General Headquarters and called on Chief of Army Staff General Qamar Javed Bajwa. According to a press release issued by the ISPR, matters of mutual interest were discussed during the meeting. 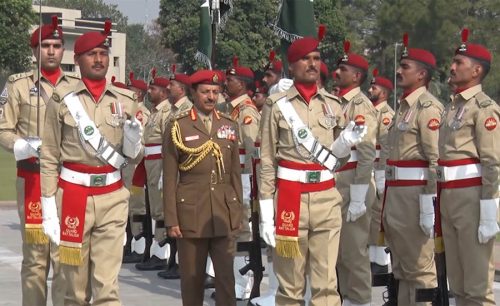 The visiting dignitary lauded Pakistan Army’s achievements in the fight against terrorism and continued efforts for regional peace and stability. 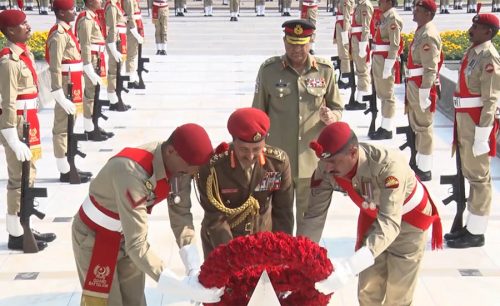 Earlier on arrival at GHQ, the visiting dignitary was presented the guard of honour. The visiting general laid a floral wreath at Yadgar-e-Shuhada to pay homage to the martyrs.