We will have no U-turn, says Bilawal Bhutto Zardari 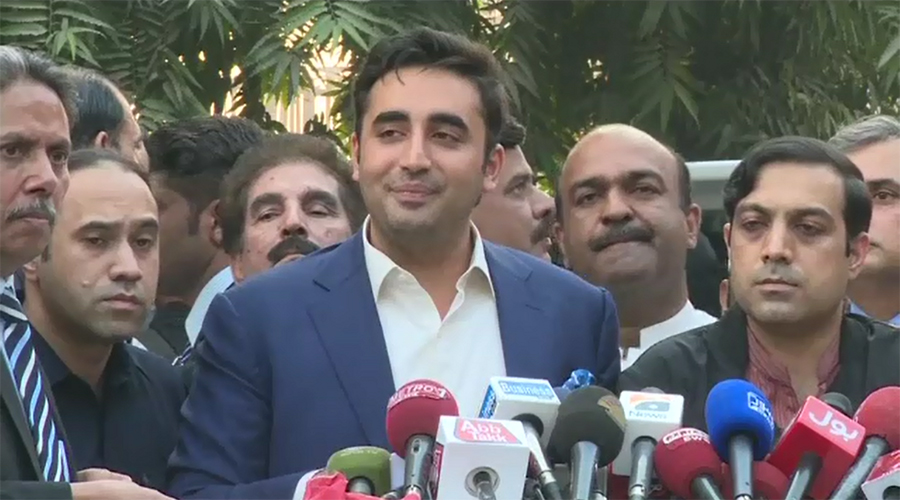 We will have no U-turn, says Bilawal Bhutto Zardari

LAHORE (92 News) – PPP chairman Bilawal Bhutto Zardari has said that they will have no U-turn. Talking to the media after offering his condolence over the death of party leader Jahangir Badr on Thursday, he demanded that the government should accept their four demands before December 27. “We are reorganizing the party. The entire Lahore will resound and the slogans of Bhutto will be chanted,” he said. The PPP chairman said that the PPP was alive yesterday and it is alive today. “It is quality of the PPP that the worker like Jahangir Badr became the party secretary general. He also worked with him, his maternal grandfather and mother,” he said. Bilawal Bhutto expressed the resolve that he would make the Punjab and Lahore a citadel of the PPP.