We will not let democracy derail, says CJP 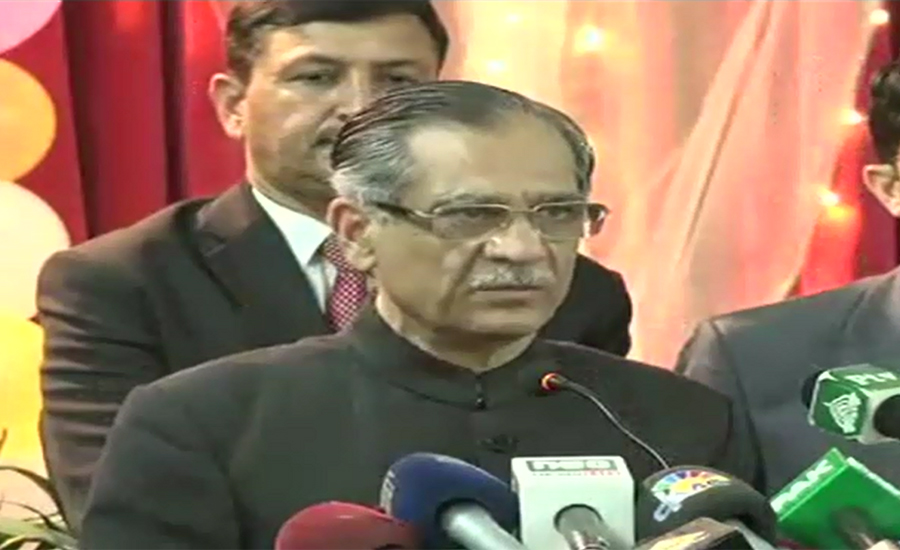 We will not let democracy derail, says CJP

LAHORE (92 News) – Chief Justice of Pakistan (CJP) Mian Saqib Nisar on Friday said that we will not let democracy derail in the country. Addressing a ceremony held in connection with the Pakistan Day in the provincial capital, he said that there was no judicial martial law in the country and there was no concept of judicial martial law in the constitution and derailment of democracy will not be allowed at any cost. Justice Saqib Nisar said that the deflection from the constitution will not be tolerated, adding that Pakistan will be run under the constitution and judiciary will provide justice to people. The CJP went on to say that the minorities living in the country were the power of the judiciary and their security is our responsibility. All of us should thank Allah almighty that we have born in an independent country, he said and added putting aside all the differences, we need to think for the country He said: “The only way to safeguard freedom is that we have to unite and think for Pakistan first by putting aside all our differences.” Justice Saqib Nisar said that next general elections will be free and fair.