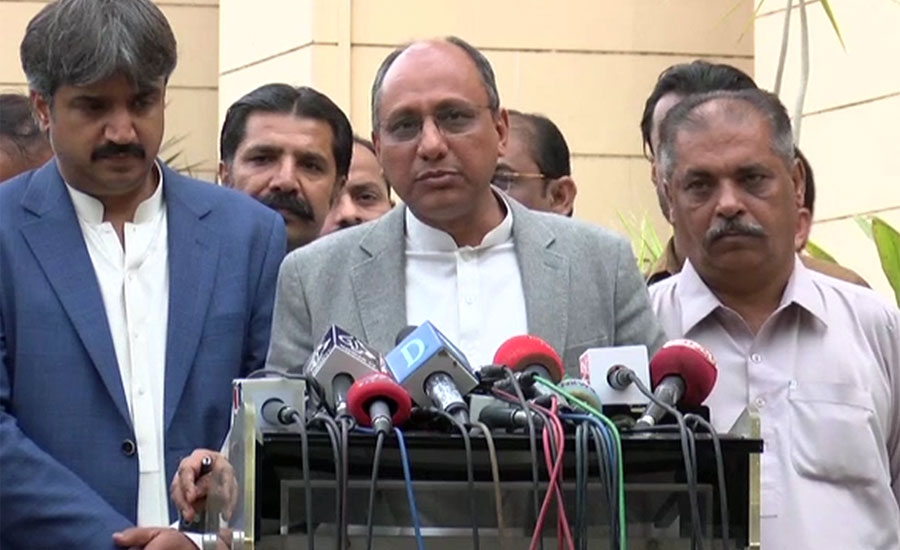 KARACHI (92 News) – Sindh Minister for Local Bodies Saeed Ghani asserted on Thursday that he would prefer to quit the ministry but will not raze people’s buildings. Talking to the journalists following the issuance of a contempt of court notice – in a case related to the elimination of encroachments in Karachi – the minister said, “I have not committed any contempt of court.” “I still take ownership of my stance. Demolishing the residential buildings creates human tragedy,” Saeed Ghani said. “We respect court’s orders and it must be implemented. If the directions are given to demolish houses, “I will apologize and tender my resignation to the chief minister,” he added. He said that he will accept the punishment which given by the court on his stance. He elaborated that the people have not provided alternative shops till now which was demolished earlier.

The Supreme Court Karachi Registry has issued a contempt of court notice for Sindh Minister for Local Government Saeed Ghani. Saeed Ghani had delivered an anti-judiciary speech during the anti-encroachments drive in Karachi. Hearing the applications pertaining to restoration of Karachi to the original shape, Justice Gulzar Ahmed remarked that where the local bodies minister who said they would not collapse a single building. “Does he want to fight a legal battle?” he questioned. He remarked that how the encroachments cannot be removed if the government wants to do so. The court also expressed indignation at Karachi Mayor. It also rejected the report of the Defence secretary. The court also demanded all master plans, including the amendments, from 1952 to till now. “Who directed the DG SB to make the amendments? Why was the welfare plots allotted?” The court also sought a detailed report on the issue.