Will try our best to score 500 runs, says skipper Sarfaraz 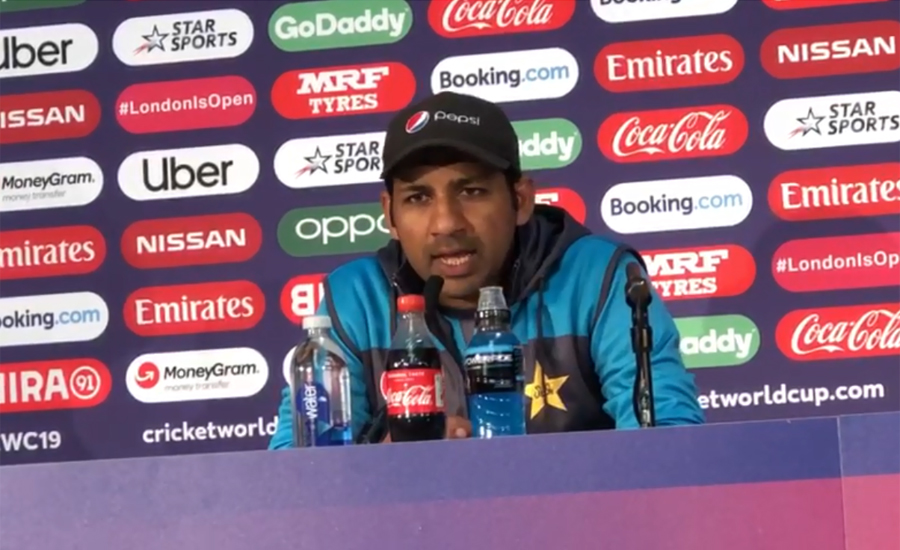 Will try our best to score 500 runs, says skipper Sarfaraz

LONDON (Reuters) - Pakistan will go all out in their final World Cup group fixture with Bangladesh on Friday despite facing a near impossible task to qualify for the semi-finals, skipper Sarfaraz Ahmed said on the eve of the match at Lord’s. Pakistan, fifth in the table behind New Zealand who occupy the fourth and final knockout berth, have to bat first against Bangladesh and win by a margin of at least 316 runs to leapfrog the Kiwis on net run rate. “It is very difficult, 316 runs is a big margin. Only if you’re batting first, if you score 600 runs or 500 runs,” the skipper told reporters. “I don’t know what the study is behind this, but I can’t do anything... definitely, we’re interested in finishing on a high note. So we will try our best in tomorrow’s match.” Pakistan will also be playing for pride, having been beaten by their South Asian rivals in the last four meetings going back to 2015. “If you talk about the previous matches, yes, Pakistan lost four, but it is a World Cup match. Both teams look stronger, so hopefully we will do well as a team,” Sarfaraz added. Meanwhile, Bangladesh coach Steve Rhodes said his team were desperate to seal another victory over the 1992 champions in what will be skipper Mashrafe Mortaza’s final World Cup game. “Bangladesh versus Pakistan at the beautiful Lord’s, there’s no such thing as a dead rubber. Both teams are desperate to beat each other. We certainly are,” he said. “I often use the word warrior, but he (Mortaza) goes to war for the team and people respect that, understand that, and they love him because of that. The players in the dressing room do love Mash. He has said it’s his last World Cup and it’ll be emotional for him,” he concluded.