We will have to work jointly to eliminate terrorism, says Ch Nisar 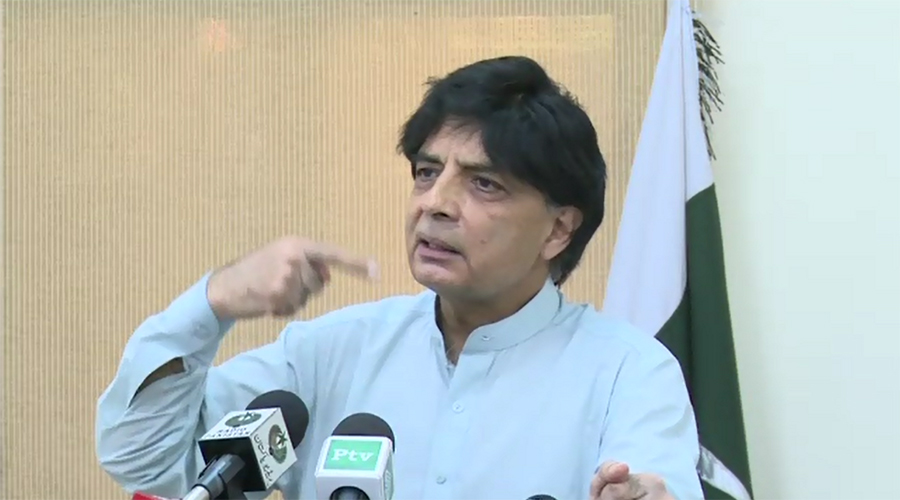 We will have to work jointly to eliminate terrorism, says Ch Nisar

MARDAN (92 News) – Interior Minister Ch Nisar has said that they will have to work jointly to end terrorism. Addressing a press conference after inquiring after the injured on Saturday, he said that three areas in Khyber Pakhtunkhwa are on the target of terrorists. He said that the people in the FATA were the worst affected by terrorism. “Results should not be concluded without confirmation,” he said. The minister expressed sorrow over the martyrdom of people in the Mardan blast at the behest of the Pakistan government. “The condition of the Mardan tragedy injured is out of danger. The purpose of targeting soft target is to spread disappointment,” he said. “We will neither close courts nor schools.” He said that the backbone of terrorists had broken, but their facilitators were still present. Ch Nisar said that terrorists had been defeated, but it had not been eliminated. “No one should misunderstand that the war against terrorism has ended. We will have to take the war to a logical end,” he said. He said that he had not leveled allegations against any provincial government during the last three years. “We have resolved the difficult phase. The people playing politics are in fact playing with the future of Pakistan,” he added.