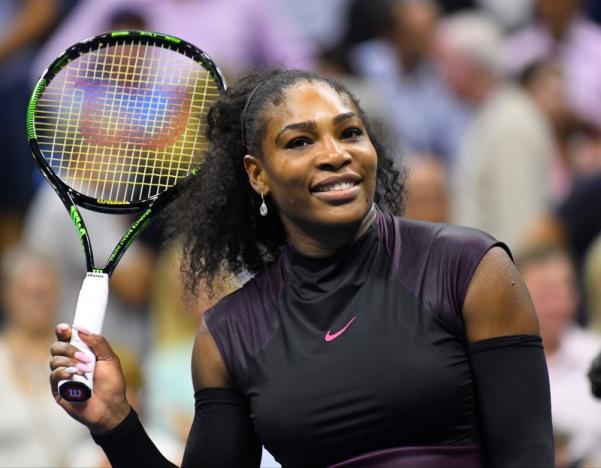 NEW YORK – Simona Halep did something no one else was able to do against Serena Williams at the U.S. Open on Wednesday but still could not stop the world number one from advancing to the semi-finals of the year's final grand slam.
The scrappy fifth seeded Romanian managed to take the first break points from Williams during the Flushing Meadows fortnight and the only set surrendered by the top seed but at the end of the day the result was the same, the 34-year-old American walking off court with a 6-2 4-6 6-3 win. The victory also kept Williams on course for a record seventh U.S. Open crown which would be her 23rd grand slam title moving her past Steffi Graf for the most in the Open Era and one shy of the great Margaret Court at the top of the all-time list with 24. "I knew I could play better and I kind of feel like I lost my rhythm in the second set," said Williams, who will next face 10th seeded Czech Karolina Pliskova, a 6-2 6-2 winner over Croatian teenager Ana Konjuh, for a place in Saturday's final. "I knew if I wanted to win this I had to step it up in the third set. "I didn't take some opportunities that I had. I really had some chances there and I didn't take them, and I let that get the better of me." What had appeared to be a straight sets stroll into the last four for Williams turned into a tense battle when Halep dug in during a wildly entertaining second set packed with pulsating rallies and brilliant shots that saw the Romanian fend off all 12 break points she faced. But Williams, playing in her 46th grand slam quarter-final, would not be shaken and took the only break to go up 3-1 in the decider and then serve out for the win. "I could play better in those moments when I had chances but I think the level was pretty high," said Halep, the 2014 French Open runner-up. "I'm OK with the way that I was fighting till the end. It's something normal now for me. "I think this was the best match that I ever had against her. "I felt that I'm very close and I have chances to win." Williams has been in lethal form but after a second set lapse against Halep she will want to tighten up parts of her game. While Williams' serve has been on target, blasting 18 aces past Halep, she only managed to convert four of a whopping 20 break chances. "I wasn't very happy about that but I tried not to let that get me down, I tried to stay positive," said Williams, about her inability to put the Romanian away in the second set when she had 12 break chances. "I'm glad I got tested." –Reuters