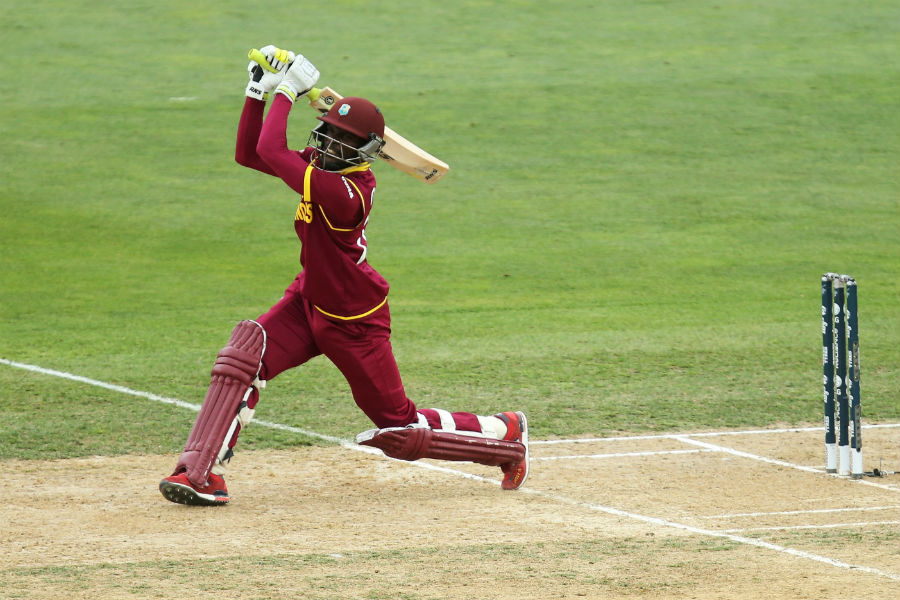 NAPIER - Johnson Charles and Jonathan Carter scored half centuries as West Indies secured a World Cup quarter-finals berth with a six-wicket victory over United Arab Emirates at McLean Park in Napier on Sunday. With heavy rain expected later on Sunday as Cyclone Pam tracks south from the Pacific islands, West Indies had to reach their victory target quickly and made 176 for four in 30.3 overs. That improved their net run rate to -0.042, which is currently better than both Ireland and Pakistan and could be a factor in determining fourth place in Pool B. The team that finishes fourth face New Zealand in Wellington in the quarter-finals. Charles hit eight boundaries and two sixes in his first 50 runs, which came off 34 balls, before he was dismissed for 55 trying to up the tempo even further. The left-handed Carter was more circumspect but still scored at almost a run a ball before he achieved his maiden half century and finished on 50 not out as he and Denesh Ramdin (33) saw their team home with an unbroken 58-run partnership. West Indies captain Jason Holder and his new ball partner Jerome Taylor had earlier laid the platform for the victory as they ripped through UAE's batting lineup. Holder took four wickets, while Taylor chipped in with two of his three in a spell in which they reduced UAE to 46-6 before Amjad Javed and Nasir Aziz combined for a 107-run partnership that gave their score some credibility. Holder had Andri Berenger (seven) and Krishan Chandran (nought) caught behind the wicket then trapped Amjad Ali lbw for five to leave UAE in deep trouble at 17-3 in the sixth over. Taylor then produced two beautiful swinging deliveries to bowl Khurram Khan (five) and Shaiman Anwar (two) as the associate nation slumped to 26-5. Swapnil Patil and Amjad Javed stopped the rot before Holder took his fourth wicket when he bowled Patil for six. Javed (56) and Aziz (60), however, then frustrated the West Indies bowlers by scoring maiden half centuries as UAE were eventually dismissed for 175 in 47.4 overs. - Reuters