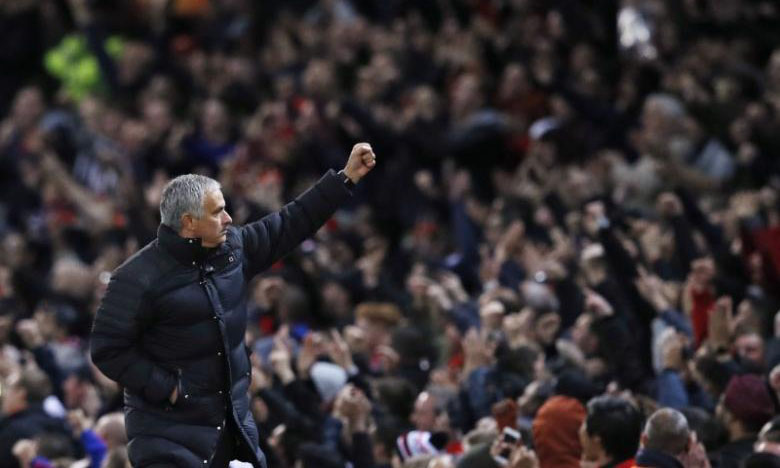 LONDON- Former Chelsea winger Pat Nevin believes Jose Mourinho will have no qualms about frustrating entertainment-hungry Manchester United fans if it means securing a win on his return to Stamford Bridge on Sunday.
The Portuguese manager, who won three league titles at Chelsea in two spells at the club, came under fire this week for an overly cautious display at Anfield on Monday when United ground out a goalless draw against Liverpool. Nevin, a fans' favourite at Chelsea in the 1980s, said he would expect the Portuguese coach to do whatever it takes to claim three points on Sunday even if that means putting in another defensive display. "Jose Mourinho over the years, and not just at Chelsea but at Real Madrid, Porto and even to some extent when he was in Italy, if he found a way to win he actually didn't care one way or the other if it was exciting, whether the fans liked it or not, or whether the owner liked it or not," Nevin told Reuters. "Mourinho just wants to win, he wants to find a method for winning and if he thinks he knows a way, he will do that. As long as he wins and gets the points he needs then he'll do it." While some of the pre-match focus has been on whether United captain Wayne Rooney will start or if his Chelsea counterpart John Terry is fit to return from a lengthy injury absence, Nevin feels the biggest battle at Stamford Bridge might not be on the pitch. "I hate to say it, but it could be in the technical area. I think there are so many options that both Mourinho and (Chelsea manager Antonio) Conte have got," said the former Scotland international who swapped West London for Everton in 1988 after playing more than 250 games for Chelsea. Former Italy and Juventus boss Conte joined Chelsea in the close season as the permanent replacement for Mourinho who was sacked following a dismal start to his last campaign at Stamford Bridge. Nevin believes it is too early to assess Conte's reign at Chelsea, but says the Italian is taking positive steps towards developing the team. He does not expect, however, his former club to be title contenders come May. "I like what Conte is doing. There is a rebuild that has to be done at Chelsea, slowly and surely it'll be done but Conte is making a great start to that," Nevin said. "Whether or not they'll have a chance of winning the League, it's not beyond them but I think it's quite unlikely." The match could pitch Chelsea's Brazilian defender David Luiz against his former Paris St Germain team mate and United striker Zlatan Ibrahimovic in one of a number of battles that Nevin is looking forward to. "Chelsea will need Eden Hazard and Diego Costa at their best. As for Manchester United, Zlatan Ibrahimovic tends to show up for the big games and I expect he will give everything to this," said Nevin, who was voted Chelsea's Player of the Year in 1984 and 1987. "It's going to be a tough one because he's going to come up against David Luiz and they were team mates last season. It'll be a tough one for Zlatan because since Luiz has returned he has been spectacular for Chelsea." -Reuters