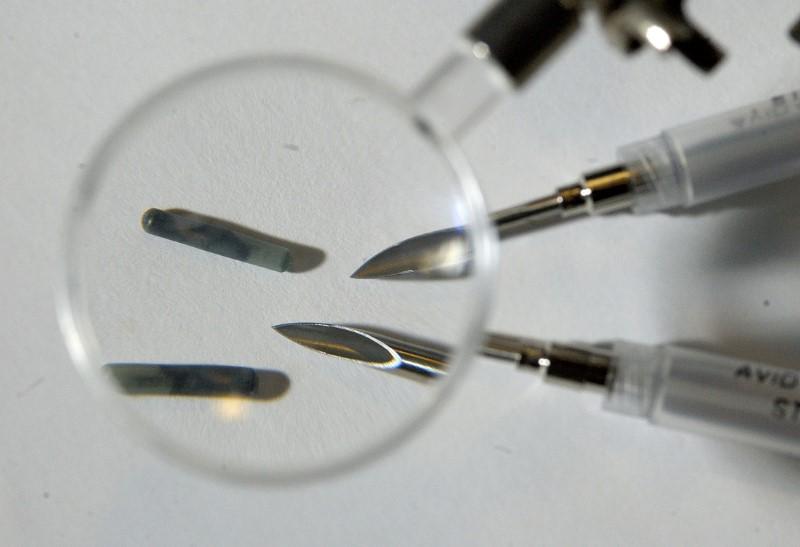 WISCONSIN - A Wisconsin vending machine company is offering its employees a chance to have a microchip implanted in their hands that they could use to buy snacks, log in to computers or use the copy machine. About 50 employees at Three Square Market have agreed to the optional implant of the chips, which are the approximate size and shape of a grain of rice, said Tony Danna, vice president of international sales at the River Falls-based company. The company, which employs 85, said it was the first in the United States to offer staff the technology which is similar to that used by contactless credit cards and chips used to identify pets. The implants made by Sweden's BioHax International are part of a long-term test aimed to see if the radio-frequency identification chips could have broader commercial applications, Danna said. "We've done the research and we're pretty well educated about this," Danna said in an interview. The company is holding an Aug. 1 "chip party" where employees will have the device inserted between their forefinger and thumb using a syringe-like instrument. The RFID chips use electromagnetic fields to communicate and can be read at a distance of no more than 6 inches (15 cm), Danna said. Critics of using chips in humans include Nevada State Senator Becky Harris, who in February introduced legislation that would make forced installation of microchips illegal. "It is possible to hack the information that is contained within the chips," Harris told a state Senate Judiciary Committee meeting at the time. The company's CEO Todd Westby in a statement predicted the technology could become popular among companies. "Eventually, this technology will become standardized allowing you to use this as your passport, public transit, all purchasing opportunities, etc.," he said. -Reuters