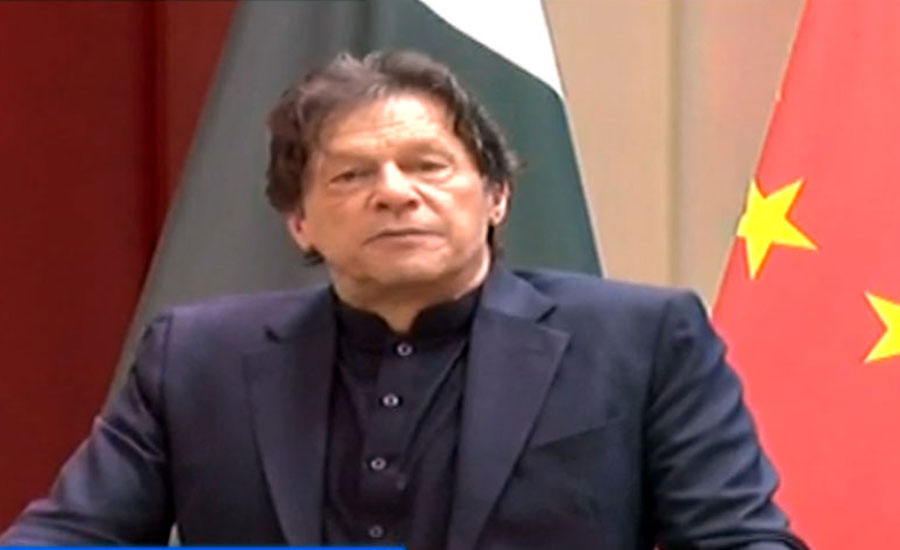 BEIJING (92 News) – Prime Minister (PM) Imran Khan has said that he wished he could follow the example of Chinese President Xi Jinping and send 500 corrupt people into jail. Speaking at the China Council for Promotion of International Trade, the prime minister said that one thing he had learned from China was how the country’s leadership tackled corruption. “The main challenge being faced by economy is corruption. We should work to eliminate it for financial stability,” he suggested. “I had heard around 400 ministerial-level people were convicted on corruption charges and put behind jail by China. I wish I could follow Chinese President Xi‘s example and put 500 corrupt people in jail,” he maintained. The premier has lauded the Chinese government for lifting 70 crore people out of poverty in 30 years with impactful development projects. “China has proven itself as world’s fastest growing country and that need to learn from its economy and rapid growth,” he added. However, he said that processing [cases] in Pakistan was very cumbersome. He counted corruption as one of the biggest impediments to investment in a country. The premier said that since his government had come to power, it had taken a conscious decision to make it easier for investors to come to Pakistan. “We will want them to make profits in Pakistan.” “The Prime Minister’s Office is driving opportunities for people to invest in our country. The ease of doing business is driven from the Prime Minister’s Office. We have just formed a CPEC Authority because we were having problems in CPEC projects because they were under a lot of different ministries.” The premier recounted various steps that Pakistan had taken including the completion of phase one of the Gwadar Free Zone. He said that there were various reasons for people to invest in Pakistan including its strategic location, its young population and the economic revival taking place in the country — particularly the strides made in the ease of doing business as well as the industrial clusters through special economic zones (SEZs). Prime Minister Imran named the sectors Pakistan wanted Chinese investment in: textile, manufacturing, IT and financial services, physical and technological logistics, tourism and hospitality, food processing and agriculture, housing as well as in oil and gas. The premier emphasised that now was the time to invest in Pakistan. https://www.youtube.com/watch?v=sEQN5PgGyg8