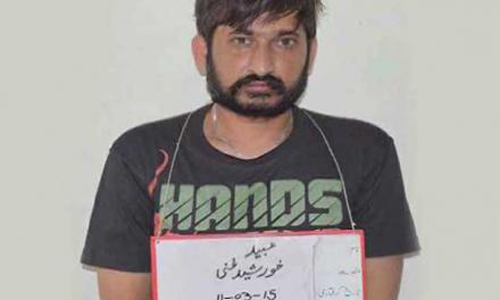 KARACHI (92 News) – A witness, who had identified Ubaid K2 in an identification parade before a judicial magistrate, deviated from his statement on Saturday. Ubaid was produced in court in the murder case of a policeman who was gunned down near Yousaf Plaza in Karachi. A key witness had identified Ubaid in the presence of Rangers personnel. However, he deviated from his statement before the magistrate. Ubaid was arrested from Nine Zero during a Rangers raid. Meanwhile, two co-accused of Shakeel Chota involved in the Baldia Town tragedy have been shifted to jail.