KARACHI (92 News) – Accelerating crackdown against criminals in Karachi in wake of terrorist attack which left seven policemen dead yesterday, Police have apprehended at least 16 suspects including a woman and seven people of banned organization on Thursday. Police have registered a case against over the killing of seven police personnel. The law enforcement agencies are searching a suspect who delivered meal to policemen at a local hotel. On the other hand, the Namaz-e-Janaza (funeral prayers) of three police personnel killed in yesterday’s attack has been offered. 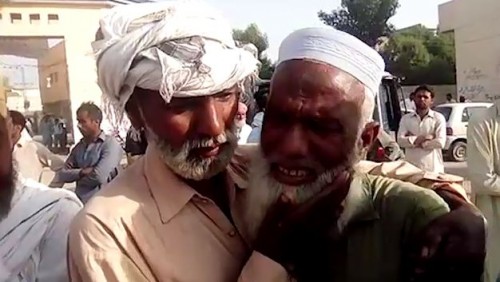