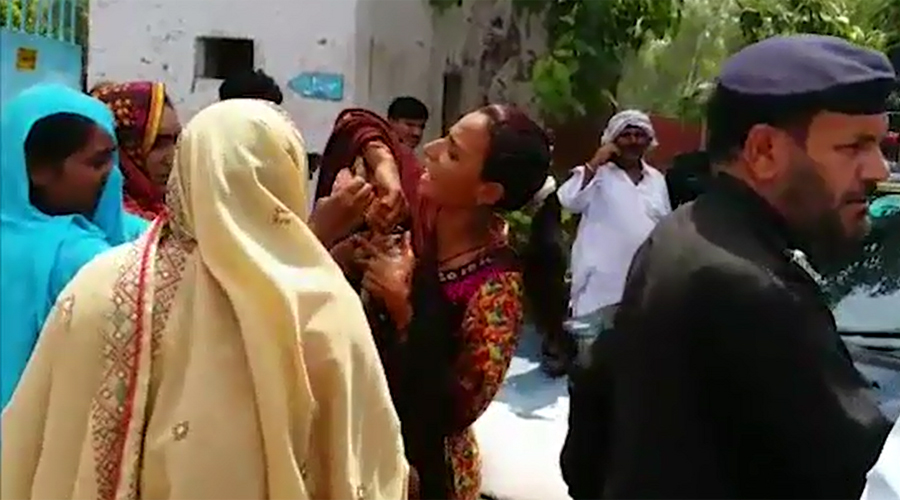 LAHORE (92 News) – A woman attempted suicide outside the Manga Mandi police station on Saturday. However, passers-by overpowered her and snatched the kerosene oil bottle from her. Ayesha alleged that three people had raped her four years ago and later one of them, Iqbal, tied the knot with her. She said that her husband had taken away the children forcibly and the police were not taking action against him. She alleged that she had repeatedly approached the police for justice, but to no avail.