GUJRAT (92 News) – A woman was burnt on Wednesday morning when major fire erupted in a shopping mall on Gujrat’s Bhimber Road. According to the reports, major fire breaks out in the shopping mall and a woman succumbed to burns after firefighters fail to extinguish massive blaze. 14 fire tenders are busy in dousing the blaze while 90 people were safely evacuated from the building. Three fire trucks have reached the site to control the blaze. The cause of the fire has yet to be ascertained. Many people have been injured and they have been shifted to Aziz Bhatti Shaheed DHQ. 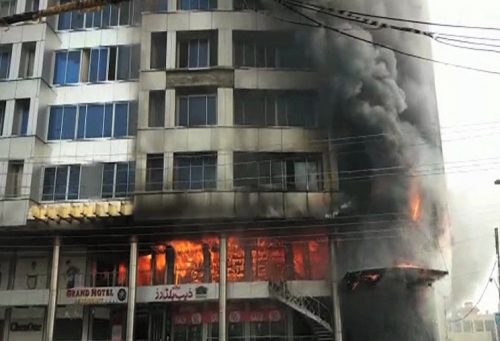 The rescue personnel told that goods worth millions of rupees have turned into ashes due to the fire. However, the deputy commissioner also reached at the scene. On the other hand, the local administration has blocked roads leading to the mall whereas the people living in adjoining areas have been asked to vacate their houses and apartments to avoid any further loss. 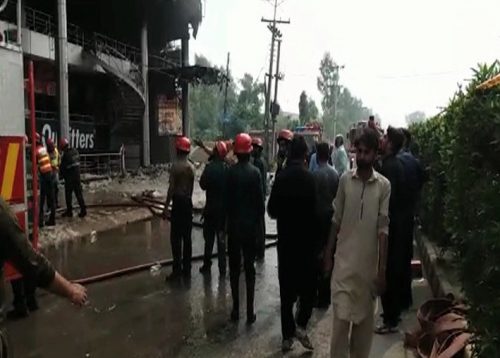 It was also reported that the fire department hasn’t been able to douse the fire because of a shortage of water.