LAHORE (92 News) – A woman was killed while 15 others injured when two buses collided with each other in Gajumata on Ferozepur Road on Monday. After the accident, 10 rescue vehicles and motorbikes reached the spot. Eight injured, including 30-year-old Ramazan, 55-year-old Razia, 40-year-old Rehana, 27-year-old Maryam, 65-year-old Ghulam Farzand, 32-year-old Manzoor and 18-year-old Ayesha have been shifted to General Hospital. 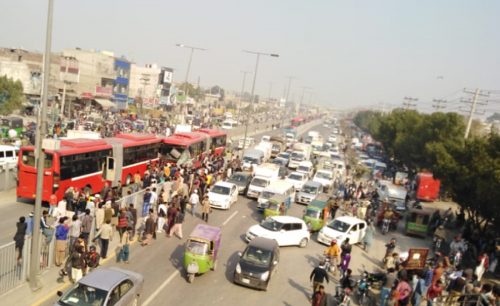 Punjab Chief Minister Sardar Usman Buzdar has taken notice of the incident and sought a report. DC Saleha Saeed said that a woman was killed and 14 others injured. The Metro Bus service was suspended due to the accident.