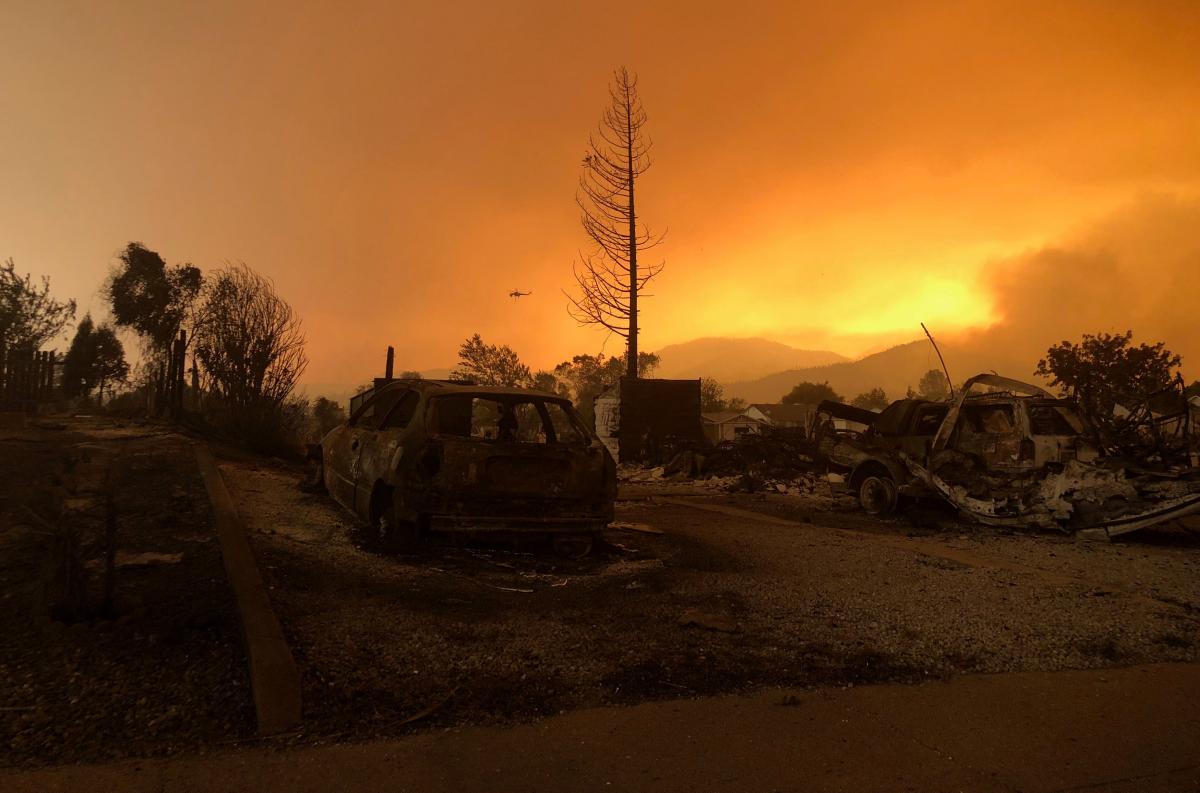 REDDING, Calif. (Reuters) - Human remains believed to be that of an elderly woman and her two great-grandchildren have been found at a home destroyed by wildfire on the outskirts of the Northern California city of Redding, the Shasta County sheriff said . The three bodies have yet to be positively identified, but their discovery raises the confirmed death toll from the Carr Fire to five, including a bulldozer operator and a firefighter who were killed when the blaze swept into Redding, about 160 miles north of Sacramento, two days ago. The children’s mother, Sherry Bledsoe, was quoted by the Sacramento Bee newspaper as saying, “My kids are deceased, that’s all I can say,” as she left the sheriff’s office . The newspaper said family members identified the dead as 70-year-old Melody Bledsoe, and her two great-grandchildren, James Roberts, 4, and Emily Roberts, 5. According to the Sacramento Bee’s account, Melody Bledsoe’s husband, Ed Bledsoe, wept as he recalled trying to get back to the family’s house after he had left to run an errand on Thursday, only to learn that the fire was closing in on them. He told the newspaper that he spoke to the children on the phone as he raced in vain to return in time to save them. “I talked to them until the fire got them,” he was quoted as saying. “I was trying to get to them, I was trying to get to the fire.” Sheriff Tom Bosenko declined to provide details about the circumstances of the three deaths. At a community meeting in Redding , he told Reuters, “There were three confirmed fatalities at that location,” adding that authorities believed the victims were the trio who were reported missing at that home. Earlier , Redding police said they were trying to locate 17 people reported missing by loved ones or friends after the blaze, which has been burning since Monday, violently erupted into a firestorm that jumped the Sacramento River into the western part of Redding. Whole neighborhoods in Redding, a city of 90,000 residents, as well as the nearby town of Keswick, with a population of about 450, were reduced to ash. California fire officials have said some 500 structures were destroyed, and 38,000 people remained under evacuation orders. Redding Police Sergeant Todd Cogle stressed that the number of those unaccounted for had fluctuated during the past two days - from as many as 20 to as few as 12 - as some who were reported missing tuned up safe while others were added to the list.