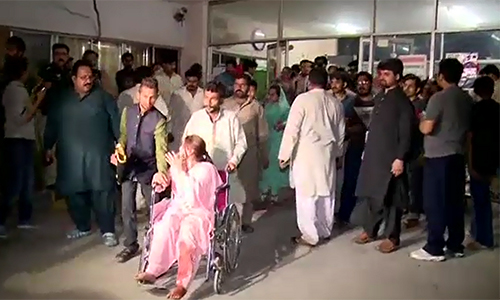 LAHORE (92 News) – A woman who was injured in the Lahore blast died at Jinnah Hospital on Thursday, raising death toll to 75. 35-year-old Saima, a resident of Sahiwal, had sustained a head injury during the blast and taken to Jinnah Hospital. As many as 142 victims are still being treated in different hospitals of the city. Fifty-seven people, including 14 children and 19 women, are being treated in Jinnah Hospital. The condition of 18 victims is stated to be critical.