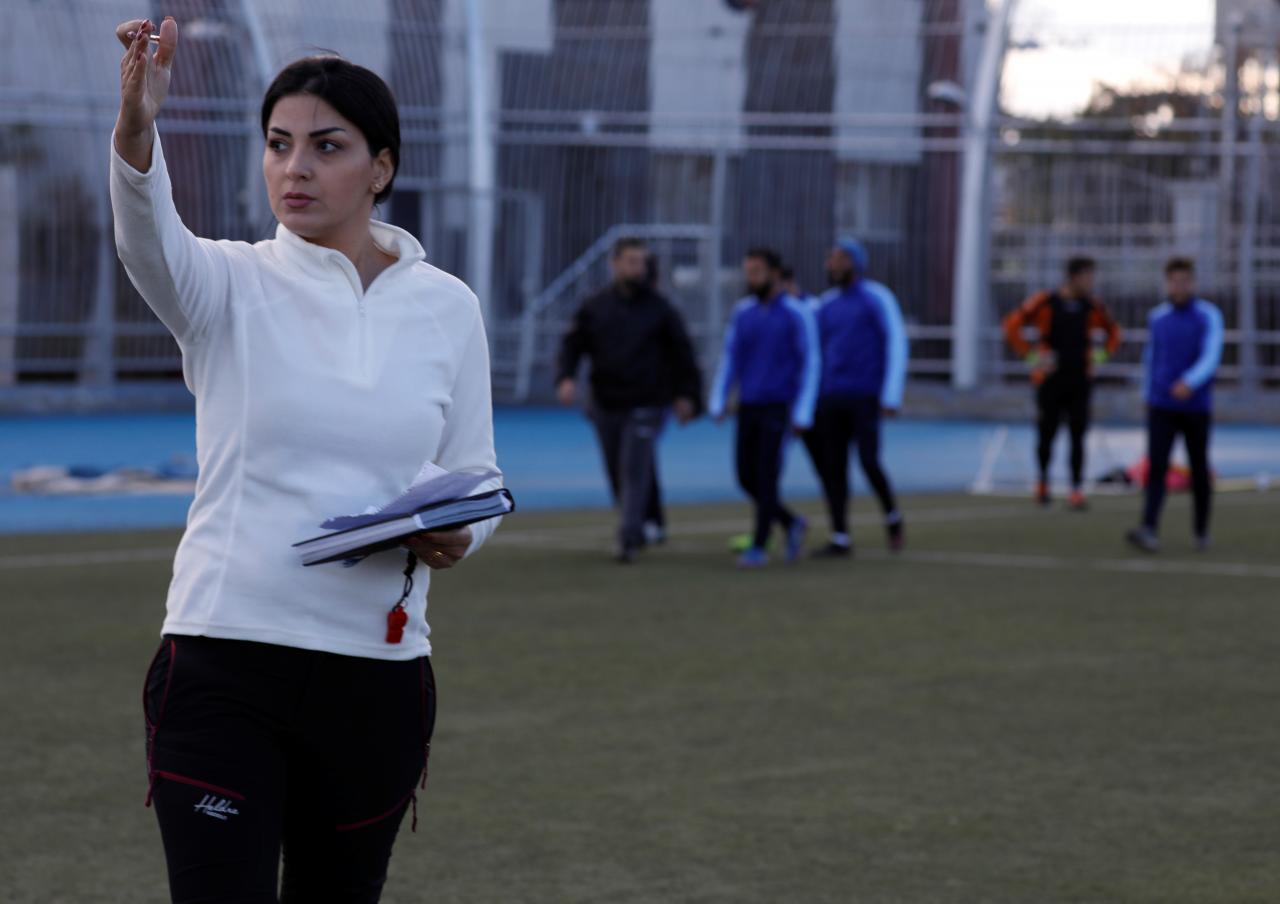 DAMASCUS (Reuters) - On the football pitch, Maha Jannoud barks out instructions to the players just like any other coach, but with one difference: she is a woman in what has been very much a man’s world. Jannoud, 32, who previously played for the Syrian national women’s team, believes she is the first woman in the Middle East to coach a professional men’s side. Dressed in a tracksuit, with her hair tied back in a ponytail, she takes the job as assistant coach at her Damascus club in her stride. “When the person carrying this message of coaching is confident of (their) information and has special charisma and leadership on the pitch, it makes no difference between a man and a woman,” she said during a break in training. Winning the players’ acceptance may have been helped by the fact that Jannoud used to play for the same club, al-Muhafaza, albeit in the women’s team, where she began coaching after injury ended her playing career. “At first it was a little bit hard,” player Amjad Katkout said of being coached by a woman. “But then we got used to this, she became like a sister or a friend. It is normal.” Good results may also help cement Jannoud’s position, as al-Muhafaza tries to earn promotion out of the second division and back into Syria’s top tier. So far this season, they have won eight out of 10 league matches and drawn the other two. In a country still dealing with civil war — a conflict that prevented the Syrian women’s team playing for several years this decade — the club hopes Jannoud’s appointment represents progress for football and for women. “I appointed her as technical supervisor of the team that will play this year,” said the club’s technical manager, Anas Sebaei. “We created a big noise with this decision. Maha deserves that because she is a good player and good coach.”