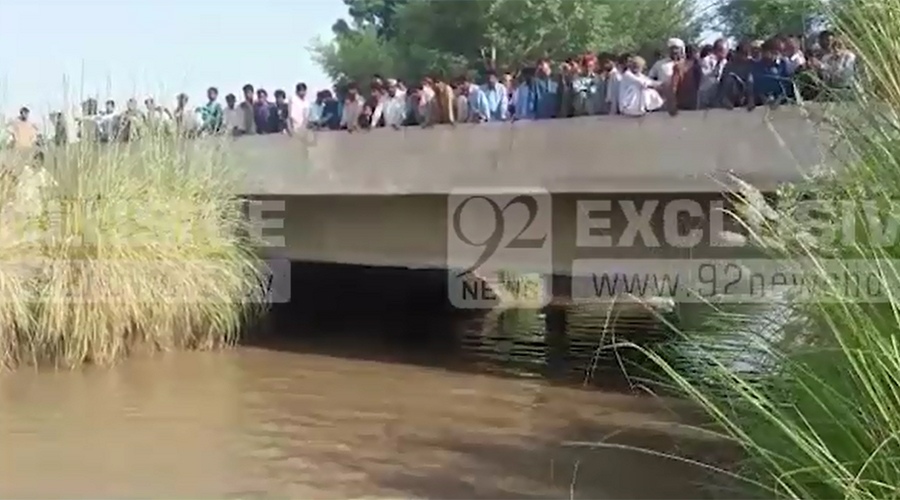 ISLAMABAD (92 News) – As many as 14 people were killed in separate road accidents across the country on Thursday. A woman and her three daughters died when a car plunged into a canal near Daharki. Rescuers have recovered three bodies, while efforts are going on to fish the body of the woman out. Four people died when a jeep fell into a ravine in Shangla. In Fateh Jang, three people were killed when their car was hit by a moving train at a railway crossing at Qutbal. Three people sustained injuries and they were shifted to hospital. The accident occurred due to opening of the railway crossing.   Five of a family were injured when a car collided with a mini trailer at Gadi Morr, Taunsa Sharif. The injured include Khalid, his wife Fatima, daughters Noor, Maryam and Ayesha.  They have been shifted to Taunsa THQ Hospital. Their condition is stated to be critical. On the other hand, three passengers died while 12 others injured when a coach overturned near Head Pakka, Mianwali. In Sehwan Sharif, 20 people were injured when a passenger coach turned turtle. The injured were shifted to nearby hospitals.