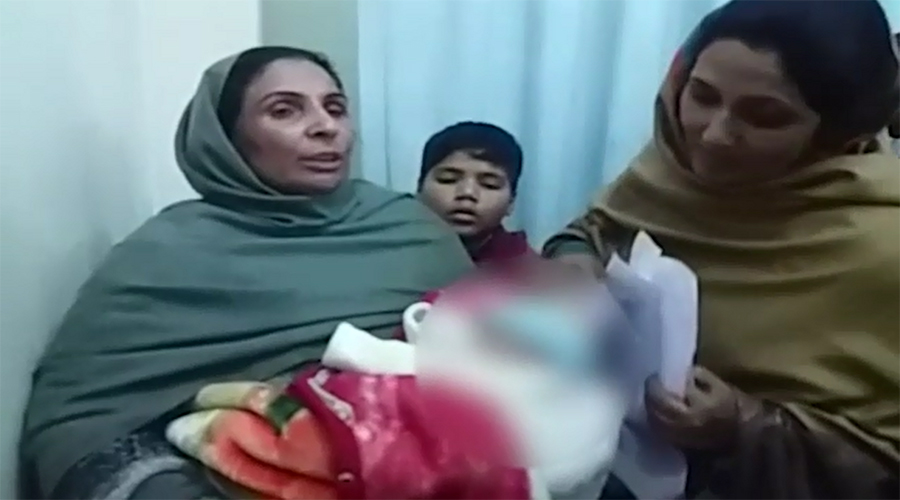 GUJRANWALA (92 News) – A woman threw her eight-month-old minor son from the roof of her house in Gujranwala on Wednesday. According to details, the incident happened in Mian Sansi Road of the city. The child was miraculously safe in the incident but the police arrested the accused woman. Sabzi Mandi Station SHO said that 16-year-old Ayesha was married to Shoaib last year. The in-laws of the accused told that the baby kept crying throughout the night at which Ayesha got angry and threw her child. On the other hand, the mother of the accused said that Ayesha is not in a stable mental condition.