RAWALPINDI (92 News) – A suicide bomber blew himself up during an operation conducted in Rawalpindi’s Chakri area, killing a Sub-Inspector (SI) and five people including women and children during a search operation on Thursday. According to police, the search operation was launched overnight on intelligence regarding the presence of terrorists in the city area of Jorian. “Police cordoned off the area and searched houses.” During the police action, terrorists attacked them with an ensuing protracted exchange of gunfire with the security personnel, killing an Elite Force Sub-Inspector Irshad and injuring three cops namely Mohsin, Shahid and Ibrar. A terrorist blew himself up during the shootout, killing two women and two children, while the security of Adyala Jail was beefed up during the operation and the announcements were made for the villagers to stay in their homes. The security force also detained three terrorists during the operation. Sources said that the terrorists were involved in the attack on former Punjab home minister Col (retd) Shuja Khanzada and other terrorism related incidents. “Security forces have also recovered huge ammunition from the custody of terrorists.” Police shifted the terrorists to an unknown place for interrogation. 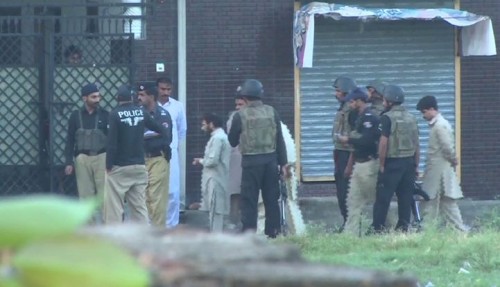 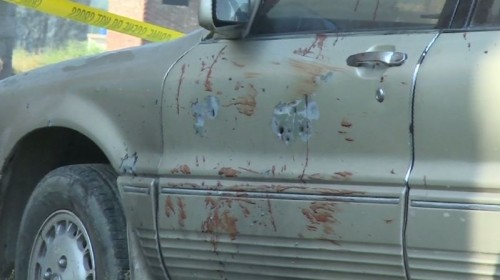