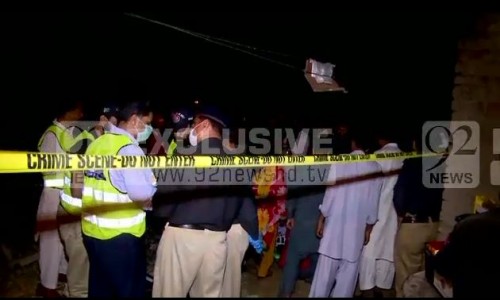 The reason of the incident could not be ascertained yet. Police reached the spot and shifted the bodies to nearby hospital for autopsy and launched investigation.