Women may not admit to smoking during pregnancy 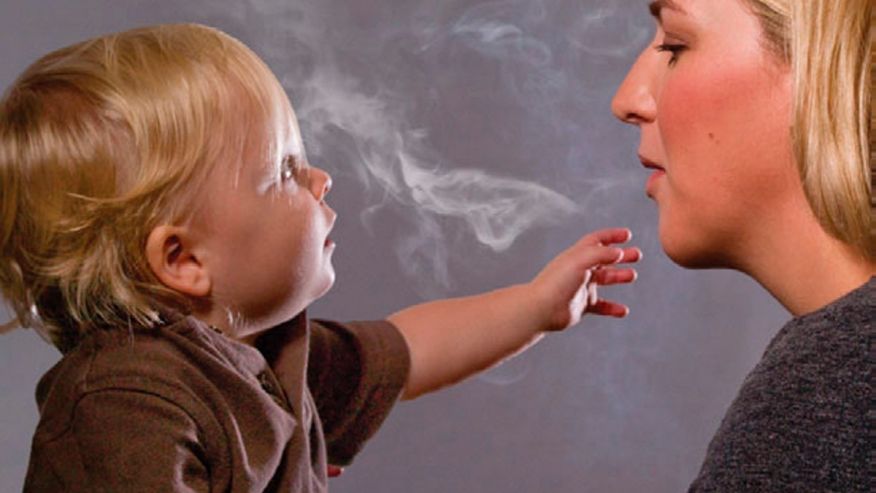 Women may not admit to smoking during pregnancy

CALIFORNIA - Although only about 8 percent of pregnant women in a new US study reported smoking cigarettes, twice as many tested positive for high levels of a chemical that indicates nicotine exposure. “The findings of our study were very concerning because smoking during pregnancy is one of the most preventable causes for adverse birth outcomes including preterm birth, stillbirth and infant mortality,” said lead author Eric S. Hall of the Perinatal Institute at Cincinnati Children's Hospital Medical Center in Ohio. “So it is critical that we understand the magnitude of the problem in order to better determine the resources that should be invested in helping women quit smoking during pregnancy,” he said. Nearly one in four mothers in the study were exposed to some level of nicotine, including secondhand exposures, late in pregnancy, he told Reuters Health by email. The researchers analyzed data on 787 women who self-reported any cigarette use during the last trimester of pregnancy and had provided urine samples. The samples were tested for cotinine, which indicates nicotine exposure, and for evidence of other drugs including amphetamines, benzodiazepines, barbiturates, cannabinoids such as marijuana, cocaine, muscle relaxants, short-acting opioids such as heroin, long-acting opioids including buprenorphine and methadone, and phencyclidine (PCP). The average age was 28. Most of the women had private insurance, while about a third were insured by Medicaid, the US insurance program for low-income families. While only 67 of the 787 women reported any amount of cigarette smoking during their final trimester, 117 tested positive for high-level nicotine exposure based on their urine samples, according to results in the Journal of Perinatology. Another 53 women tested positive for low-level nicotine exposures, which the authors say could represent second-hand smoke exposure, or smoking by the pregnant woman herself that ceased more than a few days before the urine test. Almost 10 percent of the women tested positive for exposure to at least one of the drugs of abuse, often cannabinoids or opioids, and two percent tested positive for multiple drug exposures. Those insured under Medicaid were more likely than others to test positive for any drug. “Nicotine is incredibly addictive and quitting smoking is challenging for anyone,” Hall said. “It may be made more difficult for pregnant mothers with additional stress or without adequate clinical and social support.” In a 2010 survey, 10 percent of pregnant women reported smoking cigarettes during the last trimester of pregnancy. But this estimate is limited by the possibility that not all women will admit to smoking, and it doesn’t include other sources of nicotine exposure, the authors write. Women may underreport smoking during pregnancy due to stigma. Also, Hall said, the tools to ask about these exposures may also be to blame, as surveys don’t usually include nicotine products like cigarillos, cigars, smokeless tobacco or e-cigarettes. “Although some people may assume that since e-cigarettes do not contain smoke, they are safe, there is no evidence to show that e-cigarettes are safer than regular cigarettes during pregnancy and certainly, e-cigarettes are not safe,” he said. Nicotine exposure during pregnancy may lead to miscarriage or stillbirth, with body and brain sizes reduced due to diminished blood supply to fetal organs, said Hamisu M. Salihu of the Chiles Center for Healthy Mothers and Babies at the University of South Florida in Tampa, who was not part of the new study. “This could have later consequences such as poor academic performance due to reduced brain size and cognitive function as well as hypertension, type 2 diabetes and coronary artery disease (due to smallness for gestational age at birth),” Salihu told Reuters Health. Health education and advice may not be enough to help women quit smoking, but resources like quit lines, such as 1-800-QUIT NOW, social support from counselors or home visitors can make a difference, Hall said. “Because nicotine replacement therapies such as patches or gum still contain nicotine, they can be potentially dangerous for the fetus,” he said. “Pregnant women should consult with their physicians about the potential risks and benefits of nicotine replacement therapies to help in quitting smoking.” -Reuters