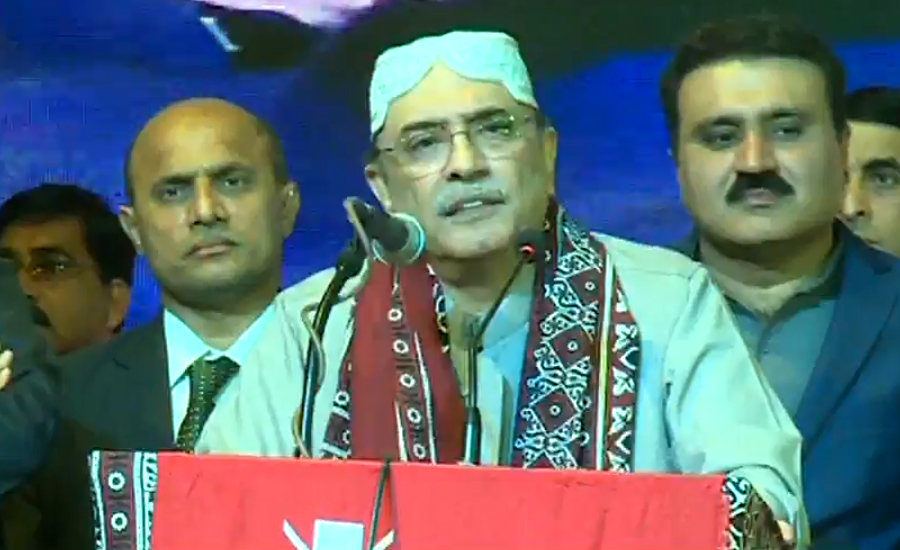 TANDO ADAM (92 News) – PPP co-chairman Asif Zardari has said that they will not allow the creation of any ‘Bangladesh’ now. Addressing a public gathering on Saturday, he said that the PPP cares for the people while the rulers are caring for their castles. Asif Zardari said that he had stated before the elections a drama was being staged to abolish the 18th Amendment. “We will continue to fight for the rights of the people. Our struggle is for the resources of Pakistan,” he said. He claimed that they had increased the salaries of soldiers, judges and all government employees. He said that Pakistan was created by his elders through the dialogues. The PPP co-chairman said that the rulers were unable to run the affairs. “They increased the prices of daily-use items in the budget,” he said.