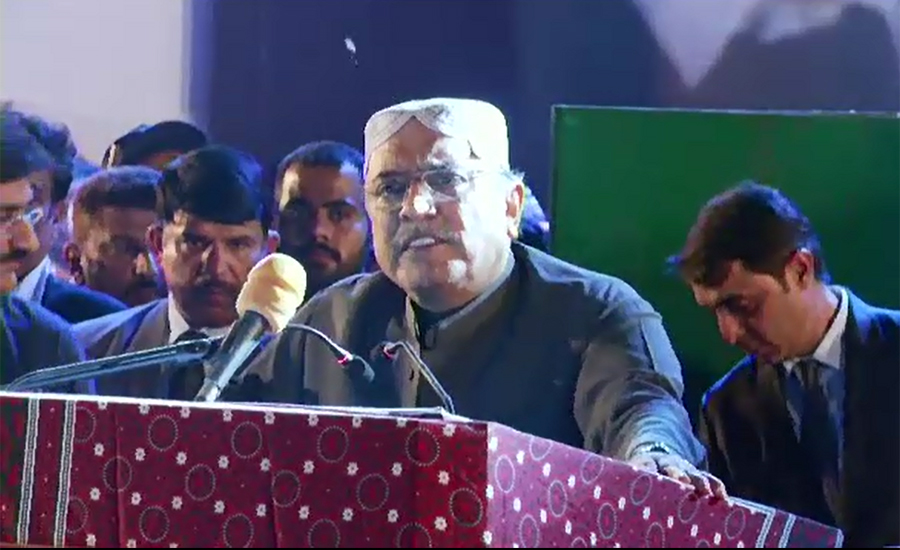 GARHI KHUDA BUKSH (92 News) – Former president Asif Ali Zardari said that he would never again join hands with the Pakistan Muslim League-Nawaz. Addressing a big gathering on the death anniversary of Zufikar Ali Bhutto on Wednesday, he said Nawaz Sharif had always supported the establishment against PPP governments. “The PPP will form governments in alliance with other parties. I will not allow the PML-N to nominate the Punjab chief minister,” he said. He also said that he would oust Nawaz Sharif from politics as well. “Nawaz Sharif is not a politician, but a Mughal emperor,” he said. 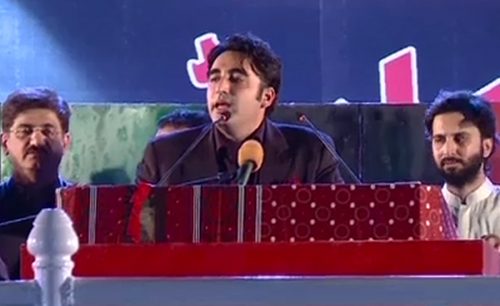 Speaking on the occasion, PPP chairman Bilawal Bhutto Zardari said that Nawaz Sharif’s politics is hypocrisy, while Imran Khan is the extension of Mian Sahib. “We will not let the B-team of religious extremists in the power,” he said. “Mian Sahib, you are very confused.” The PPP chairman said that U-turn is inscribed on the flag of the Captain.