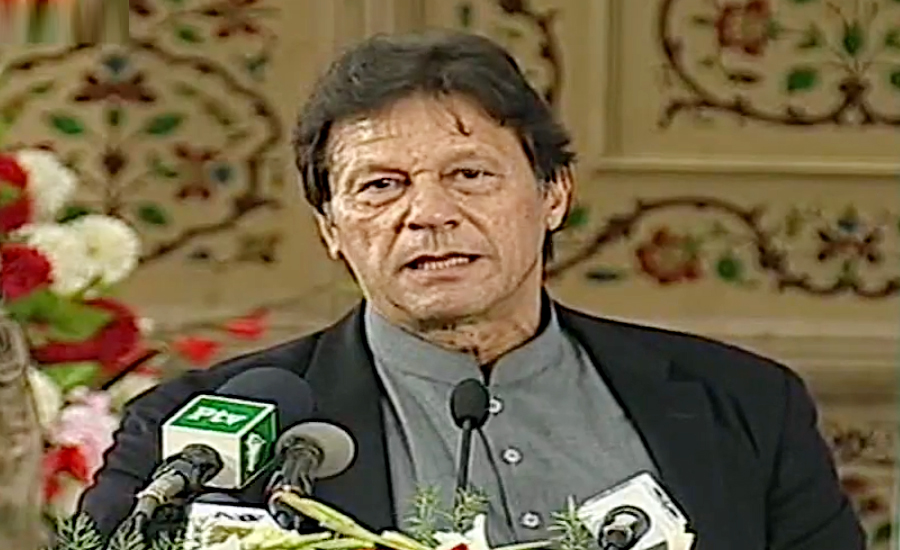 LAHORE (92 News) – Prime Minister Imran Khan has said that they have accepted all demands of the opposition, but will not desist from action against corruption. Addressing a ceremony of 100-day performance of the Punjab government on Saturday, he said that accountability is mandatory for the security of the country. He said that the cases against the opposition members are old. “We will not allow anyone to use the assembly to save corruption money,” he said. The prime minister said that the country is facing the worst condition due to luxuriousness of the former rulers. “The world will make our fun on appointing Shehbaz Sharif as PAC chairman. Shehbaz Sharif has become the PAC chairman from jail.” He said that a bargain was struck in the name of Charter of Democracy. PM Imran Khan announced to do legislation to wind up all civil cases in a year. “A hue and cry was raised when I talked about the hen and egg. But people clapped when Bill Gates talked about it,” he said. He said that the government will give equal rights to minorities. “We will show Modi how minorities live in Pakistan, while what is their condition in India,” he said. The prime minister said that the police reforms are mandatory. “We suffered a loss by political interference in the police department. It is difficult task to bring the police out of political interference. We will purge the police of politics by introducing the reforms,” he said. Punjab Chief Minister Usman Buzdar claimed that they had retrieved over 100,000 acres of land worth Rs 171 billion from squatters. He said that the first secretariat will start working in South Punjab from July 1. The CM announced to serve the masses more than their expectations. The federal and provincial ministers with other leaders also participated in the ceremony.