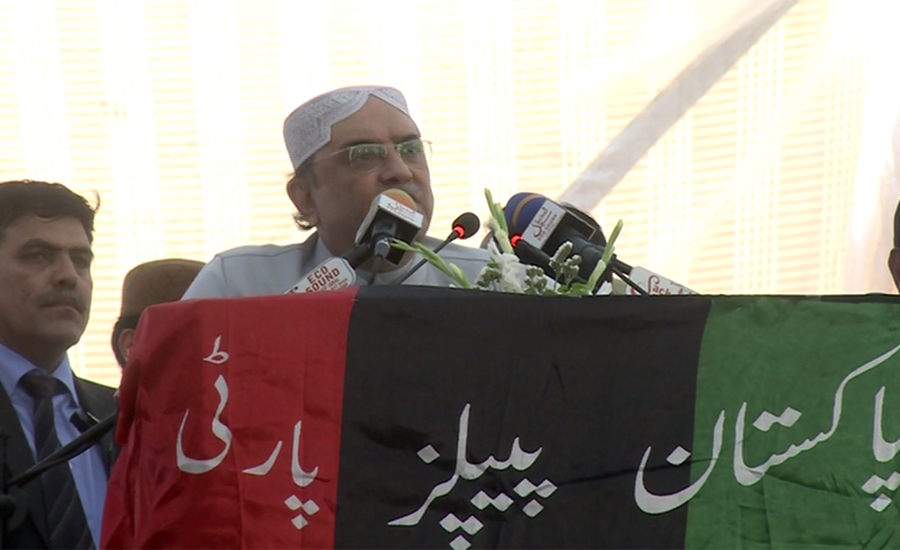 BADIN (92 News) – PPP co-chairman Asif Zardari said that Mian Sahib is waiting for March and they will not let him get the Senate.

Addressing a public meeting in Badin on Wednesday, he said that the PPP will form the government in Punjab as well.

He said that the people still need ‘Roti, Kapra Aur Makan’. “Nawaz Sharif will have to go today and tomorrow,” he declared.

The PPP co-chairman said that they do not understand the CPEC project. “The prime minister wants the country should not be able to generate electricity. The people supporting ‘Lion’ and ‘Bat’ do not understand public issues,” he maintained.

He said that the Mian Sahib do not want to give gas, which is being produced by Sindh, to Sindh.

A large number of workers participated in the meeting.

Ismail Rahu announced to participate in the PPP in principle.