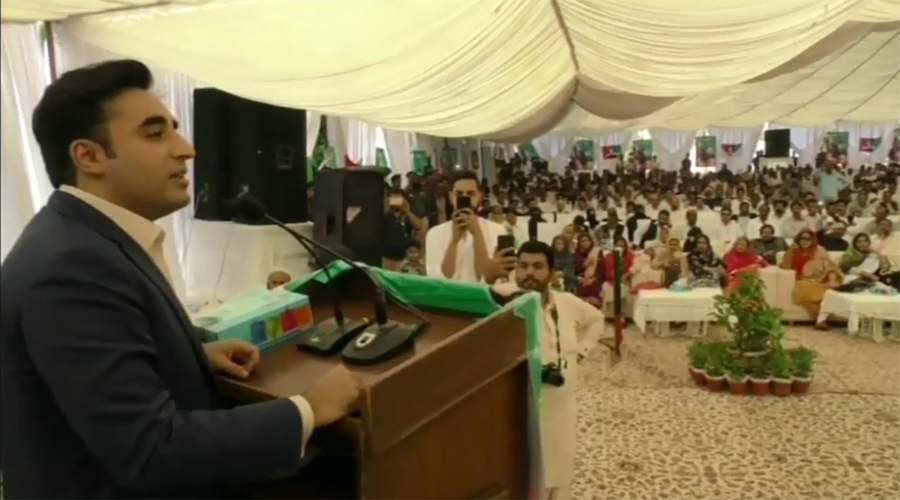 DEHRKI (92 News) – PPP chairman Bilawal Bhutto has said that their struggle is to root out terrorism. Addressing a meeting on Friday, he said that they were struggling for Pakistan. Bilawal Bhutto said that they would not let Nawaz Sharif escape. “We want democratic accountability. Nawaz Sharif can remain in power until 2018 if he accepts our four demands,” he said. He said that PPP bill on Panama Papers will have to be approved. “Neither the Judicial Commission nor the government can run if the bill was not approved,” he maintained. The PPP chairman said that Panama Leaks is the biggest scandal. “Sasti Roti, Yellow Cab, Danish School, Nandipur and Model Town tragedy will be held accountable,” he added. He said that Imran Uncle levels allegations against them daily. “I want to tell Modi that all people are one in Pakistan whether they are Muslims or Hindus. I wanted to celebrate Diwali with the Hindus, but could not do so due to the Quetta tragedy,” he said. He said that they did not want to divide the people and want peace.