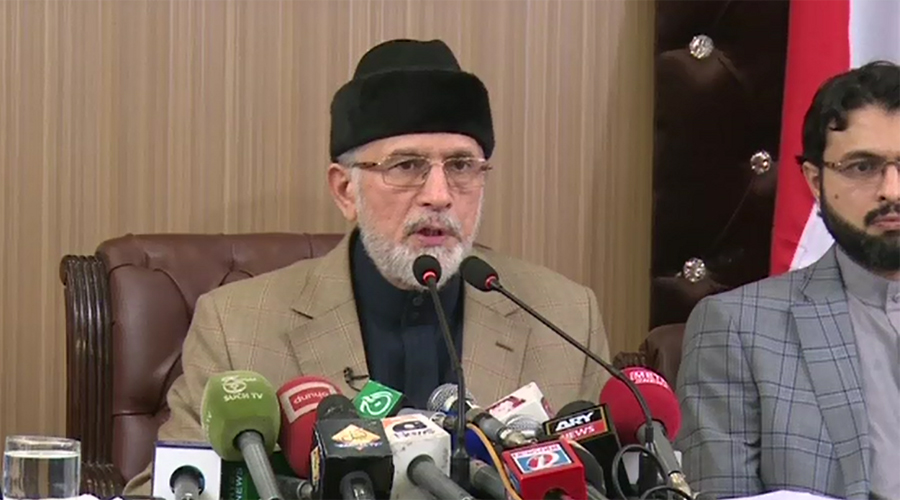 LAHORE (92 News) – PAT chairman Dr Tahirul Qadri has announced that they will not march towards Raiwind. Addressing a press conference at Minhajul Quran Secretariat on Saturday, he said that it is the tradition of the Sharifs to attack the houses of the people. “We will not even attack the house of our worst political enemy,” he declared. The PAT chief said that the government wanted to declare the Tehreek Minhajul Quran. “The secretariat will be attacked in the name of the search operation,” he said. He invited the ISI, Military Intelligence and Rangers to search their house and secretariat. “We will sternly deal with the policemen if they tried to enter our secretariat. We are not wearing bangles,” he said. Dr Tahirul Qadri said that they will fight the war of Qisas and justice with dignity. He, however, refused to participate in the Raiwind March. He said that a conspiracy had been hatched to ban their organization. “The workers’ lists have been prepared and a plan has been made to attack the secretariat in the name of the search operation,” he maintained. The PAT chairman asked the ISI, Military Intelligence, Rangers and the media to join the operation.