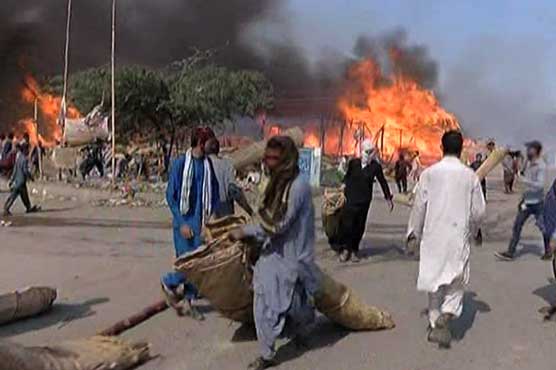 KARACHI (92 News) – A huge fire broke out at a wood godown located near New Sabzi Mandi at Karachi Super Highway in Karachi, on Sunday. As per reports, fire in the wood godown has reduced over 25000 boxes were gutted in fire. They are located near Chakar Hotel. The fire brigade dispatched 10 vehicles to the site and the firefighters say they are working to make sure it doesn’t spread. Initially, five vehicles were sent. 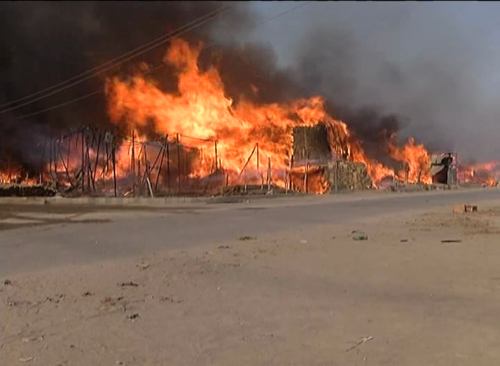 The KWSB managing director has issued a high alert to ensure the fire brigade is provided enough water to extinguish the fire. The fire broke out at around 9am at a single warehouse and grew in intensity because of the flammable wood stored at the warehouse. 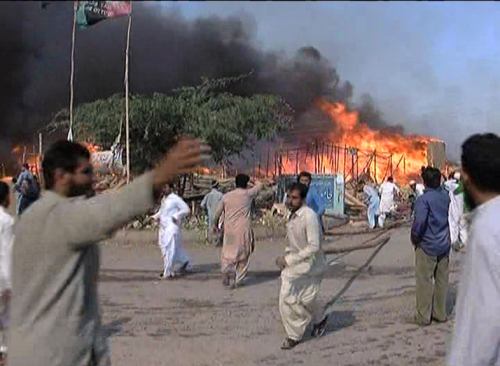 The authorities don’t know the cause of the fire yet and say they are working to control the blaze. No injuries have been reported yet. The locals and fire brigade vehicles are busy in bringing the fire under control which is still raging.