Worcestershire's Whiteley hits six sixes in an over 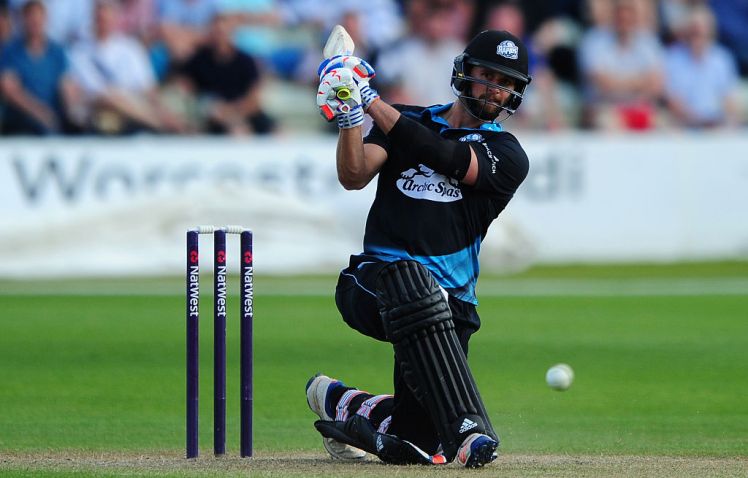 Worcestershire's Whiteley hits six sixes in an over

LONDON (Reuters) - Worcestershire's Ross Whiteley became the sixth male cricketer to hit six sixes in an over when he achieved the feat in Sunday's Natwest T20 Blast match against Yorkshire at Headingley.

The 28-year-old clobbered left-arm spinner Karl Carver six times over the rope in the 16th over to join a select group that includes Garfield Sobers, Ravi Shastri, Herschelle Gibbs, Yuvraj Singh and Lancashire's Jordan Clark, who achieved it in a second-team game against Yorkshire.

"It was the right time in the game for me to go for it. It was all or nothing," Whiteley said.

"Unfortunately for the bowler it was a short boundary on the leg-side.

"I hit the first out of the screws and needed to keep going for the team, not for that achievement. It's something I never really thought I'd do in professional cricket."