Workers can become dangerously overheated at temperatures below official limits 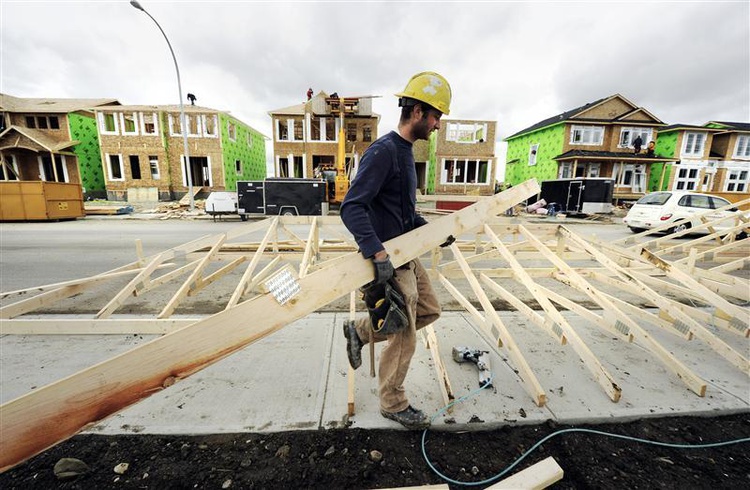 Workers can become dangerously overheated at temperatures below official limits

NEW YORK (Reuters ) - Employers and workers need to be aware that heat stress can happen well before temperatures reach official limits for workplace safety, a US study suggests. The “heat index” is a measure of how hot it really feels when humidity is taken into account. US occupational safety standards warn that workers are at risk of heat stress when the heat index reaches 91 degrees Fahrenheit (32.8 degrees Celsius) or higher. But an analysis of 25 incidents of outdoor worker illnesses and deaths shows that the risk can rise at a heat index of just 85 degrees F (29.4 C), researchers say. Six deaths happened at heat indexes below 90 degrees F, they note. “Heat-related illnesses can and do occur on days that aren’t particularly hot. An average summer day, with a temperature in the 80s, can fatally injure workers if proper precautions are not taken,” said lead author Dr. Aaron Tustin of the US Department of Labor’s Occupational Safety and Health Administration (OSHA) in Washington, D.C. “When working in warm or hot weather, take precautions to avoid heat stroke,” Tustin told Reuters Health by email. “Don’t wait until the temperature is above 90.” Ideally, employers would monitor all the factors included in OSHA guidelines, such as the so-called wet bulb globe temperature, which is a precise measure of environmental heat, as well as how strenuous the work is, work clothing and equipment, the effects of direct sunlight and other conditions at the work site. But, the study team notes in CDC’s Morbidity and Mortality Weekly Report, “Employers often obtain heat index information from publicly broadcasted weather reports or forecasts that do not necessarily reflect conditions at their work sites.” Tustin and colleagues from the CDC and OSHA reviewed 25 incidents of outdoor occupational heat-related illnesses, including 14 deaths, that were investigated by OSHA between 2011 and 2016. The researchers found that heat stress exceeded exposure limits in all 14 deaths and in 8 of the 11 non-fatal illnesses. But in six cases of death, temperature alone was not the only factor that came into play and the actual heat index during those incidents was below 90 degrees F. When data about all the conditions at the work site is unavailable, the researchers recommend using a heat index of 85 degrees F as a threshold for potentially hazardous worker heat stress. “Heat stress is a common and under-appreciated workplace hazard,” said Thomas Bernard of the University of South Florida College of Public Health in Tampa, who wasn’t involved in the study. “Outdoor workers in agriculture and construction are especially vulnerable,” Bernard said in a phone interview. “In the summer, any location in the US could be open to serious illnesses or fatalities.” Heat stroke, which happens when the body overheats to an internal temperature of 103 degrees Fahrenheit or higher, is the most serious heat-related illness, according to the Centers for Disease Control and Prevention (CDC). Brain, nerve and organ damage can happen if the person does not receive fast medical attention and treatment to cool the body down. “We’re all exposed to heat stress but have a low sense of risk about what it can do because it’s in our common experience,” Bernard said. “But the data points to the fact that there’s not a large margin between what we can tolerate and what causes serious problems.” To prevent heat stress that leads to heat-related illness, the CDC generally recommends certain minimums for hydration, rest breaks and acclimatization. A comprehensive heat-related illness prevention program should include an acclimatization schedule for newly hired workers and unacclimated long-term workers, as well as training for workers and supervisors about symptom recognition and first aid such as aggressive cooling of heat stroke victims before medical professionals arrive. Employers should also consider engineering and administrative controls to reduce heat stress. “Heat stress is preventable, and we need to be prepared with ways to protect folks who are working outside in the heat,” said Dr. June Spector of the University of Washington in Seattle, who wasn’t involved in the study. “We’ve had quite a bit of hot weather recently across the country, so this issue is on people’s minds,” Spector said in a phone interview. “We need to continue to increase awareness.” “Accidents are happening, workers are getting injured, and harm is being done to the environment,” Bernard said. “When the heat index goes above 80/85 degrees, all of these risks begin to increase.”