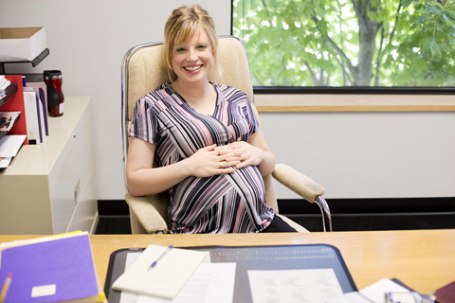 PENNSYLVANIA - A workplace program aimed at reducing work-family conflict increased the amount of time participants spent with their children, according to a small study. A year into the program at a US Fortune 500 company, people taking part reported averaging 39 more minutes a day with their kids. Workers who didn’t participate were spending less time with their kids after a year. “It’s pretty exciting to see how you can change work and see an effect on family life without the detriment to work,” said Kelly Davis from Pennsylvania State University in University Park, the study’s lead author. The research is part of the Work, Family and Health Study, designed to increase the amount of control employees have over their schedules and supportive behavior on the part of supervisors, Davis and colleagues write in Pediatrics. The researchers expected that those changes in workplace culture would result in people spending more time with their kids. The workplace program known as STAR (Support-Transform-Achieve-Results) was mainly implemented over four months through six training sessions for managers and four sessions for employees. The sessions attempted to change the culture of the workplace to focus on results – not where and when work is done. Managers tracked their own supportive behaviors on an electronic device, and employees responded to phone surveys for eight nights in a row at the beginning of the study and again 12 months later. The researchers compared reports from 36 employees who did not take part in the program to 57 who did. All the participants had children between nine and 17 years old at the start of the study, and half were girls. After 12 months, the parents in the program reported an average of 39 more minutes of time with their children each day, compared to when they started. The increase was almost entirely among mothers, who by the end of the year had added up to an hour of time with their children every day. “That could be another dinner together or something like that,” Davis said. On the other hand, women who didn’t take part in the study ended up spending up to 70 minutes less with their kids by the end of the study, compared to when they started. Overall, people who weren't in the program spent about 24 fewer minutes with their kids, on average, compared to the start of the study. The researchers note that as older kids and teenagers grow and become more independent, a certain decline in time spent with parents is normal. They speculate that might be a reason for decreases seen among employees not participating in the program. They also point out that participating employees did not work fewer hours per week during the program than they had at the start, with both men and women averaging a little over 46 work hours each week throughout. Davis said the researchers don’t know if the added time between mothers and children ended up being quality time, “but we’d hope by increasing the quantity of time the quality will increase as well.” The message is that improved schedule control and support from work supervisors can improve family life, she said, adding that other research shows a better family life makes a person more productive and satisfied at work. “Why wouldn’t you want to do it?” Davis asked. She noted that toolkits are available online for organizations that are interested in implementing the program in their workplaces. Those can be found at the Work, Family and Health Network website here: bit.ly/1JDZqxA. - Reuters