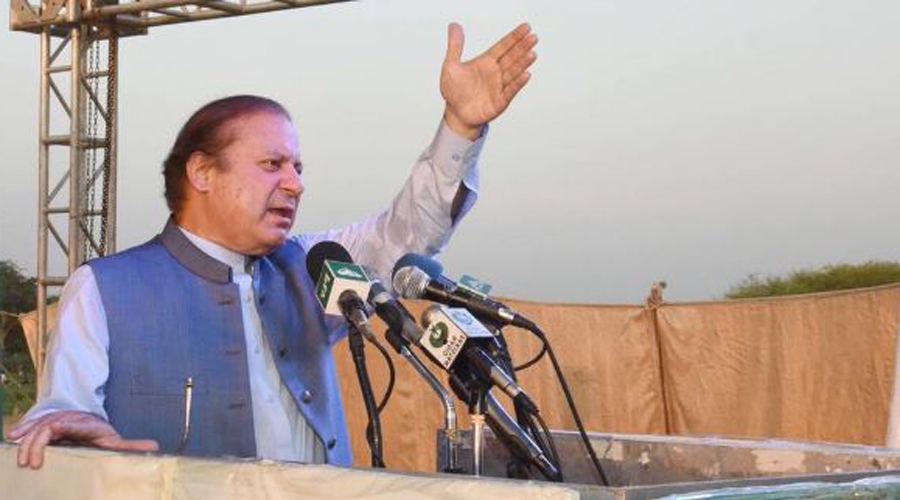 ISLAMABAD (92 News) – Prime Minister Nawaz Sharif has said that the world is acknowledging progress in the country. Addressing a ceremony after laying the foundation stone of Eastern Bypass at Kala Shah Kaku on Friday, he said that three-year work hard had started yielding results. “Unemployment will end forever if the pace of progress remained the same,” he said. The prime minister said that power factories were being installed. “Work on providing healthcare facilities is going on,” he said. Without mentioning Sheikh Rashid, he said that a politician sometime says that the government is going in the morning and sometime says the government is going in the evening. “Three and a half years have passed. You will not be allowed to become an MNA.” He said that the people had pronounced their verdict in the by-election. “The PML-N will win the 2018 elections,” he said. Earlier, Prime Minister Nawaz Sharif presided over a high-level meeting of the Civil Aviation Authority (CAA) in Islamabad. The officials briefed the prime minister about the work on the New Islamabad Airport. They said that 82 percent work on the project had been completed. “The airport will start functioning on August 14 next year,” he said.