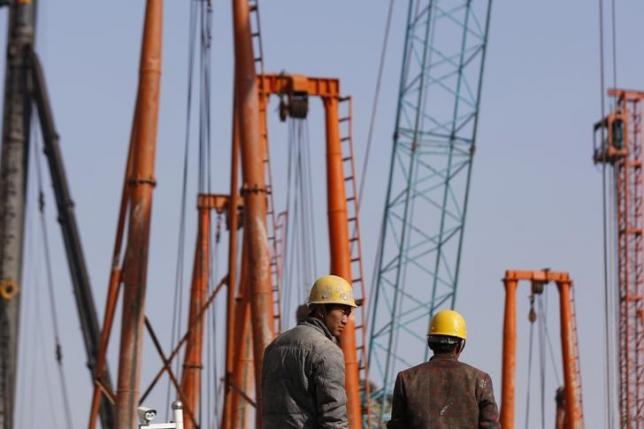 SINGAPORE – The World Bank cut its 2015 growth forecasts for developing East Asia and China, and warned of "significant" risks from global uncertainties including the potential impact from a strengthening dollar and higher U.S. interest rates. The Washington-based lender expects the developing East Asia and Pacific (EAP) region, which includes China, to grow 6.7 percent in each of 2015 and 2016, down from 6.9 percent growth in 2014. That's down from its previous forecast in October of 6.9 percent growth this year and 6.8 percent in 2016. China's growth is likely to slow due to policies aimed at putting its economy on a more sustainable footing and tackling financial vulnerabilities, the World Bank said in its latest East Asia and Pacific Economic Update report on Monday. The World Bank said China's economy is likely to slow to 7.1 percent in 2015 and 7.0 percent in 2016, from 7.4 percent in 2014. The previous forecast was for growth of 7.2 percent in 2015 and 7.1 percent in 2016. While the impact of low oil prices will vary from country to country, the World Bank said the prospect of a sustained period of low oil costs will help underpin growth in the region, as will an expected improvement in high-income economies. However, due to uncertainties in the global economy, there are "significant risks" to the regional outlook, it added. "Higher U.S. interest rates and an appreciating U.S. dollar, associated with monetary policy divergence across the advanced economies may raise borrowing costs, generate financial volatility, and reduce capital inflows more sharply than anticipated," the World Bank said. Any downturn in Japan and the euro area would dent the region's exports, it said. Another risk is a significant slowdown in China, although that is unlikely since the world's second-biggest economy enjoys policy buffers including large foreign reserves, and ample fiscal room to deploy stimulus or bail out debtors, the report added. China's central bank has cut interest rates twice since November in a bid to spur an economy growing at its slowest pace in decades. Growth in developing East Asia and Pacific excluding China is expected to accelerate to 5.1 percent in 2015 and 5.4 percent in 2016, from 4.6 percent in 2014, the World Bank said. Malaysia, the region's largest oil-exporter, is likely to see growth slow in 2015, as low oil prices hit capital spending in the energy sector and private consumption cools due to the implementation of the goods and services tax in April, it said. –Reuters