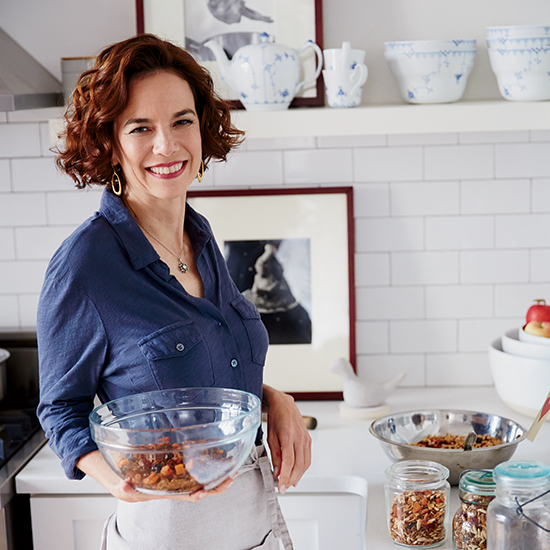 NEW YORK - Dana Cowin, the editor-in-chief of Food and Wine magazine, shares lessons and tips she learned from some of the best chefs in the world in her first cookbook, "Mastering My Mistakes in the Kitchen." Cowin, 54, has been the editor of the influential culinary magazine for 20 years. Some of the 65 chefs featured in her book were given their first national exposure in the monthly periodical. The New York native, who has been dubbed the first lady of food, spoke to Reuters about kitchen disasters and rating chefs as teachers. Q: What are the best tips you received for this book? A: The most important lesson is to focus. Your cooking will be radically improved when you focus from the beginning of the dish to the end. ... A patient cook will be a good cook. If you are a good timekeeper, you will also be a good cook. Q: What was your worst disaster in the kitchen? A: It was probably when I almost burned my kitchen down. I had a butterflied lamb. I had it in a broiler and flames started coming out of the oven. What I learned is that if you have meat that you are broiling in the oven close to a heating coil, you need to be sure there’s not a lot of fat on the meat. Q: What is your most improved dish? A: Definitely fried chicken. It’s my favorite food in the world. But I was always wary of making it. The idea of taking on boiling oil was a bit nerve-racking. For the book, the first piece of fried chicken I made came out completely perfect. The second piece as the oil was bubbling, the crust got really brown and the chicken was undercooked. The tip is that you don’t want the oil to be bubbling like mad because it will cook the outside so much quicker than the inside. Q: What is your nemesis in the kitchen? A: Butter and baking. I still have a hard time making all my baked goods as fluffy as they could be. I need more practice. Q: Which chef was your best teacher? A: Each one of them had a different approach and taught me something I really valued. One surprise was Andy Ricker from Pok Pok. He had a pure sense of ingredients. He is uncompromising. He was a phenomenal teacher. - Reuters