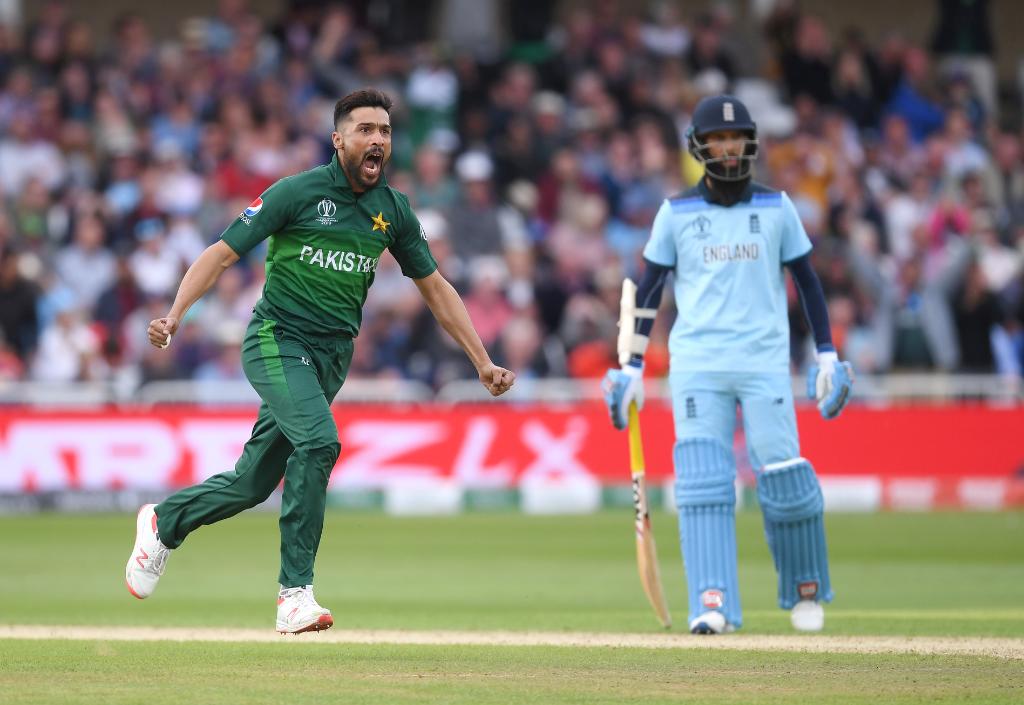 NOTTHINGHAM (92 News) – Pakistan beat England by 14 runs in the second match of the World Cup at Trent Bridge, Nottingham on Monday. Pakistan shocked England by 14 runs as they ended a long losing streak in one-day internationals despite two centuries for the World Cup host nation. Joe Root (107) and Jos Buttler (103) were guiding the tournament favourites towards an imposing target of 349 after Pakistan left England needing a World Cup record chase. The pair put on 130 for the fifth wicket but both were out shortly after reaching their hundreds and the tail had too much to do. That defeat was their 11th straight loss in completed one-day internationals, including the recent 4-0 series defeat by England. But they started strongly at Trent Bridge on Monday and made 348 for eight, Mohammad Hafeez top-scoring with 84. Earlier, Pakistan set 330-run target which was not chased by the England within 50 overs. Mohammad Hafeez missed out on becoming the first century-maker of the World Cup but a vastly improved batting display from Pakistan saw them make 348 for eight against England. Hafeez made the most of a reprieve when Jason Roy floored a routine chance at mid-off following a skied drive off Adil Rashid, with the batsman on 14. With Babar Azam (63) and Pakistan captain Sarfaraz Ahmed (55) also making fifties, this was a major turnaround from a Pakistan side who collapsed to 105 all out in a seven-wicket defeat by the West Indies in their World Cup opener at the same ground on Friday. After England won the toss and opted to field first, Fakhar Zaman and Imamul Haq opened Pakistan's innings whereas Chris Woakes and Jofra Archer shared the new ball for the hosts. 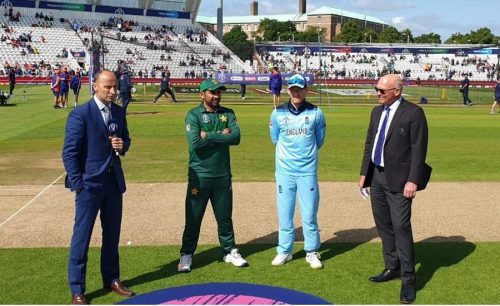 Talking to the media after the toss, Pakistan skipper Sarfaraz Ahmed said that he wanted to bowl first too. “It looks a good batting surface. The short-ball v West Indies was just a one-off I think. We have played five ODIs - not thinking about the losses.” England captain Eoin Morgan said: “It [The pitch] looks very good. So, hopefully we play well enough today. We have one change: Liam Plunkett is out and Mark Wood comes in. It's because we want extra pace.” England will be feeling very confident against Pakistan in this match having soundly beaten them 4-0 in the ODI series before this tournament got underway. With Ben Stokes getting runs, wickets and spectacular catches, and Eoin Morgan, Jason Roy and Joe Root also making fifties they will be thinking they can repeat the results of the very recent past. For Pakistan, there are some serious question marks. Against the West Indies they were battered and bruised by the short ball, with Andre Russell and Oshane Thomas both having them hopping around. With England likely to play Liam Plunkett, Jofra Archer and potentially Mark Wood, there will be a good chance that a number of short balls at very decent pace will be heading their way. In the past, it has been the Pakistan's bowling attack that has made up for batting shortfalls but in that ODI series against England last month, they ended up conceding more than 340 four times in a row. Against the West Indies, an albeit, small total was chased down inside 14 overs. More is needed from their attack if they are to turn things around. Squads Pakistan: Sarfaraz Ahmed (capt&wk), Fakhar Zaman, Imam-ul-Haq, Babar Azam, Mohammad Hafeez, Shoaib Malik, Asif Ali, Shadab Khan, Hasan Ali, Wahab Riaz, Mohammad Amir England: Sarfaraz Ahmed (capt&wk), Jason Roy, Jonny Bairstow, Joe Root, Ben Stokes, Jos Buttler(wk), Moeen Ali, Chris Woakes, Jofra Archer, Adil Rashid, Mark Wood