World knows that there is no military solution to Afghan issue: Maleeha Lodhi 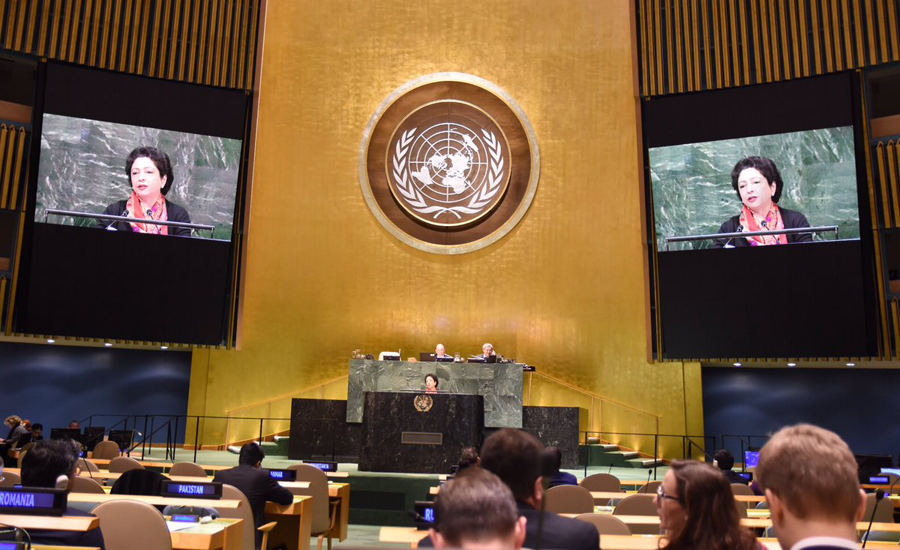 World knows that there is no military solution to Afghan issue: Maleeha Lodhi

NEW YORK (92 News) – Pakistan’s Permanent Representative to the United Nations Dr Meleeh Lodhi has said that the world has known that there is no military solution to the Afghanistan issue. Addressing the United Nations General Assembly on Thursday, she said Pakistan has suffered a great loss due to unrest and civil war in Afghanistan. “We have to expedite diplomatic efforts for sustainable peace in Afghanistan,” said Dr Maleeha Lodhi. She said that Prime Minister Imran Khan had talked about extending help in dialogues in response to the letter of US President Donald Trump. “PM Imran Khan has long advocated a political settlement of Afghanistan to end the brutal war.” Earlier in her address, the Pakistan’s Permanent Representative to the United Nations highlighted middle-income countries’ leading role in achieving Sustainable Development Goals (SDGs), particularly those related to poverty and called for helping them attain long-term debt sustainability and financial inclusion. The Pakistani envoy urged UN and all other stakeholders to focus attention on middle-income countries, which have large concentration of the poor population, for achievement of SDGs. Though middle-income countries face common challenges, she said, they differ in the extent of poverty, natural resource endowment, development potential and economic and social performance. “There is therefore no ‘one-size-fits-all’ approach to development,” Maleeha Lodhi said, adding that development assistance by the UN development system should respond to the varying development needs of host countries. Describing the China-Pakistan Economic Corridor as a ‘shining example’ of South-South cooperation, Ambassador Lodhi said its benefits were not restricted to participating countries, but would include the region and beyond. “In addition to South-South cooperation, triangular cooperation, which allows traditional donors and other partners to join South-South initiatives are also important,” she said, calling it an additional means of leveraging resources and building linkages through capacity-building initiatives.