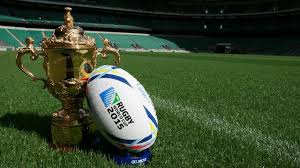 KUALA LUMPUR - World Rugby officials are crossing their fingers that the venue selected to stage their matches at next year's Rio Olympics will be ready in time even though construction on the stadium has not started with just a year to go. Rugby, returning to the Olympics for the first time since 1924, will be played at a temporary arena in the Deodoro Zone. World Rugby chief executive Brett Gosper visited Rio about a month ago and said he has been assured by local organisers that the stadium would be ready though he admitted there was some anxiety about how late they were leaving it. "We'll have a white-knuckle ride, there's no question about that as we head towards it," Gosper told Reuters on Sunday at the International Olympic Congress session in Malaysia. "But it's a relatively uncomplicated build, 15,000 seats, laying of turf and so on, so we're pretty confident they'll be ready." After years of trying to get back into the Olympics, rugby officials are desperate to put on a good show in Rio, where they will showcase the seven-a-side version of the game. World Rugby has revamped its international sevens series and countries with limited success in the 15-a-side game are suddenly taking it more seriously. "It's incredibly buoyant and the Olympics have got a bit to thank for that, because obviously it's giving it a huge profile and more money is coming into the sevens area because of the National Olympic Committees and governments," Gosper said. "It's on the curriculum in many schools around the world in geographies that normally wouldn't be thinking of rugby, whether it be Russia or China and so on, so the Olympics gives you sporting education legitimacy, which is fantastic for the sport." World Rugby officials have been talking to the sport's major powers, who traditionally focus on 15s, about making their best-known players available and are confident the lure of winning gold will be enough for them to do that. "There's a natural attraction to take the very best side you've got. I don't think we're looking for tokenism and I'm sure the National Olympic (Committees) and the unions in each market are looking for the best possible team to put on the paddock to endure they win some medals," Gosper said. "They'll put their best players on, whether they're stars from 15s or sevens, that's up to them. "We'd like to see some of the familiar names and we know some of them are lining up to get there but what's essential is that each country picks what they think its very best side." -Reuters