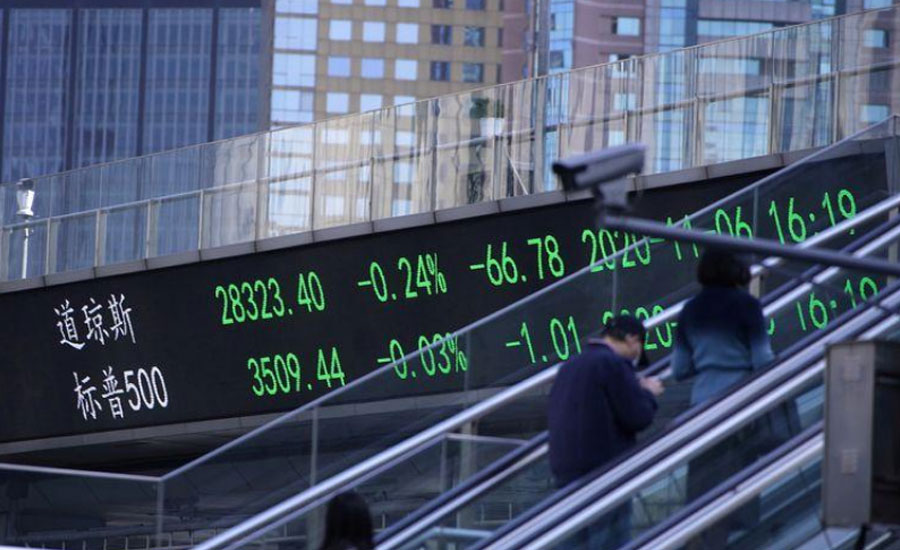 "The U.S. is now vaccinating more three million people a day, with President Biden now saying all adults will be able to get a shot by May 1. It could soon achieve a herd immunity and an economic normalisation," said Norihiro Fujito, chief investment strategist at Mitsubishi UFJ Morgan Stanley Securities.

Mainland Chinese shares buckled the trend to trade lower (.SSEC) despite data showing a quickening in industrial output and a rise in retail sales. read more

"Most market participants and policy-makers have been surprised by the speed of the recovery. On our estimates, the U.S. economy will reach pre-COVID-19 output levels by the current quarter," said Chetan Ahya, global head of economics at Morgan Stanleyin New York, in a note.

"Fiscal policy is doing much more than fill the output hole. Transfers to households have already exceeded the income lost in the recession. As reopening gathers pace, the labour market is poised for a sharp rebound."

Some investors speculate part of $1,400 direct payments to households could find its way to stock markets, as seemed to be the case with similar direct payments made last year for coronavirus relief.

Investors also suspect the $1.9 trillion package, which amounts to more than 8% of the country's GDP, could stoke inflation - to the detriment of bonds, especially when their yields are so low.

Rising inflation expectations could prompt the Federal Reserve to signal it will start raising rates sooner when it announces its latest economic projections at the end of Federal Open Market Committee (FOMC) meeting on Wednesday.

"Following the fiscal stimulus packages it is inevitable that Fed GDP forecasts will be revised up, and some FOMC members might think rates will have to move higher sooner than they anticipated last December," wrote economists at ANZ.

On top of continued U.S. economic optimism and increased debt supply expectations after the stimulus, uncertainties about whether the Fed will extend an emergency regulatory easing in the so-called "supplementary leverage ratio" (SLR) added to the sense of unease.

Bitcoin briefly slipped to $58,742, off a record high of $61,781 hit on Saturday, after Reuters reported a senior Indian government official said Delhi will propose a law banning cryptocurrencies, fining anyone in the country trading or even holding such digital assets. read more

Oil prices were supported by production cuts by major oil producers and optimism about a demand recovery as the global economy recovers from the pandemic-induced recession.