Wrestler dies during match in Mexico 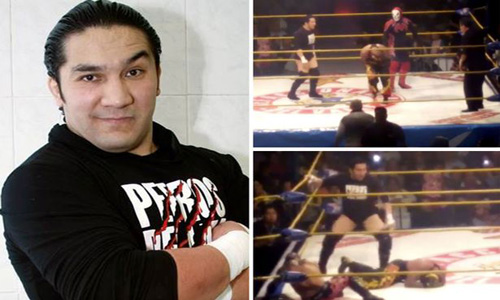 Wrestler dies during match in Mexico

MEXICO CITY – The son of a Mexican wrestling legend died early Saturday from a blow suffered in the ring, 92 News reported. Pedro Aguayo Ramirez, known as Hijo del Perro Aguayo, fell unconscious on the ropes, apparently after receiving a flying kick from fellow wrestler Oscar Gutierrez, known as Rey Mysterio Jr, according to video of the match in a municipal auditorium in Tijuana. The match continued for almost two minutes before hundreds of participants and the referee realized Aguayo was seriously injured and tended to him. He was taken to a hospital and died.