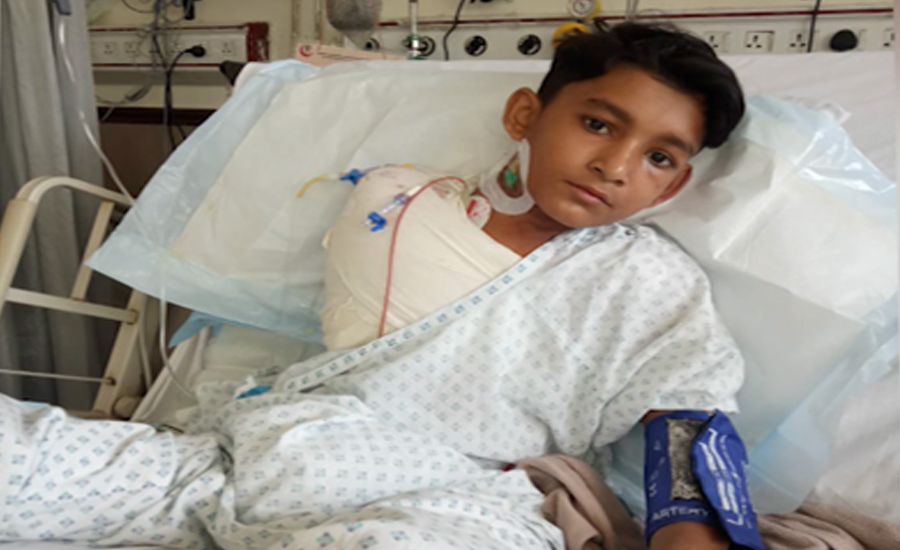 KARACHI (92 News) – A 13-year-old boy lost his arm after being administered a wrong injection in private hospital in Landhi on Monday. His parents told 92 News that they had taken Hamza to hospital for the treatment of fever. They said that the hospital staff administered him an injection that turned his arm black. “Hamza was brought to Civil Hospital Trauma Centre where his arm had to be amputated,” they said, adding that their son wanted to join the Pak Army and defend the borders. “Alas! His future has been darkened.” His parents said that their son had been deprived of his arm due to negligence of doctors and the government should order a probe into the matter. They appealed to the government to provide them justice.