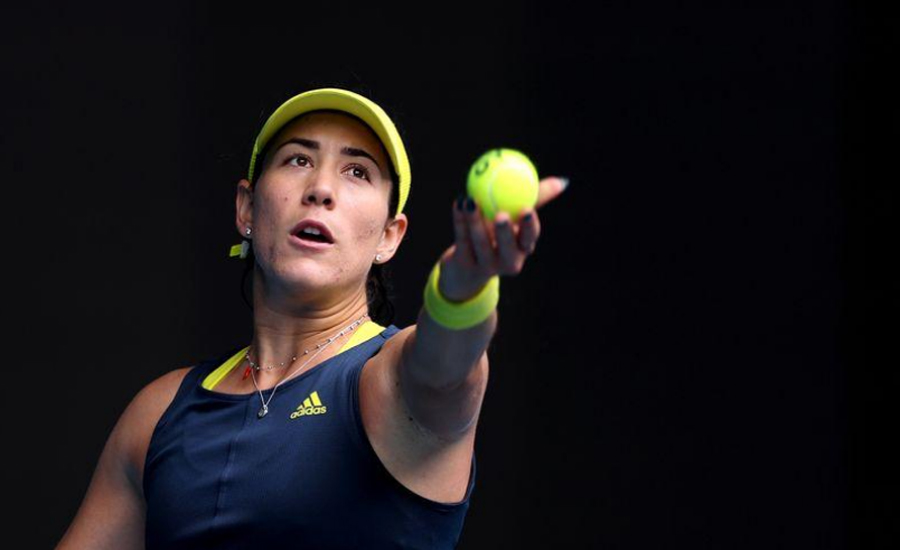 DUBAI (Reuters) Ninth-seeded Garbine Muguruza of Spain outlasted third-seeded Aryna Sabalenka of Belarus 3-6, 6-3, 6-2 on Thursday to earn her third appearance in the semifinals of the Dubai Duty Free Tennis Championships.

Muguruza has yet to appear in the final of the United Arab Emirates event. Her semifinal opponent will be 10th-seeded Elise Mertens of Belgium, who rallied past American Jessica Pegula 5-7, 7-5, 6-0.

The other semifinal will feature a pair of unseeded players. Switzerland’s Jil Teichmann, who got past American Coco Gauff 6-3, 6-3, will face the Czech Republic’s Barbora Krejcikova, who routed Russia’s Anastasia Potapova 6-0, 6-2.

The match featured a total of one ace and 14 double faults, but Cocciaretto prevailed thanks to her success at key moments. She saved 8 of 9 break points on her serve and took advantage of 5 of 6 break-point opportunities on Davis’ serve. Cocciaretto will next face either Canadian Eugenie Bouchard or American Caty McNally.

In another quarterfinal match, fourth-seeded Sara Sorribes Tormo of Spain got past Australia’s Astra Sharma 6-3, 6-3. Sorribes Tormo’s semifinal opponent will be either second-seeded Marie Bouzkova of the Czech Republic or Anna Karolina Schmiedlova of Slovakia.