Xhaka the 'perfect signing' for Arsenal 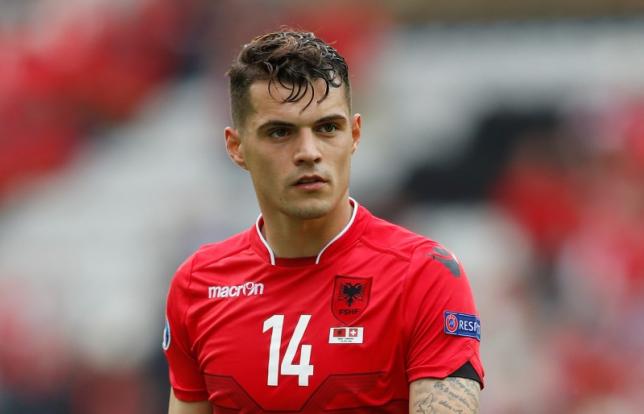 Xhaka the 'perfect signing' for Arsenal

LONDON - Defender Per Mertesacker expects Granit Xhaka to set the tempo from the Arsenal engine room this season and described him as the "perfect signing" for the club. The 23-year-old, who joined Arsenal in May, captained Borussia Moenchengladbach to fourth place last season and also helped Switzerland reach the last 16 of the Euro 2016. British media reported Xhaka's transfer fee at about 30 million pounds ($43.95 million), which would make the midfield enforcer Arsenal's third most expensive signing behind Mesut Ozil and Alexis Sanchez. "He's a leader and that is really important, especially in midfield. He has got a very good attitude, is very composed on the ball and contributes a lot," Mertesacker told the club's website (www.arsenal.com). "He is a good passer as well, so he will set the tempo. I am looking forward to how he does it, how composed he will be in training and in the games. "He will be the perfect signing for us." Francis Coquelin, who played 26 league games last campaign, said Arsenal needed to dig deep in big games and must pay closer attention to details in order to push for the title after finishing second to champions Leicester City. "It was a really tight season last season and it was a strange one. I think it was unexpected that Leicester would win it but they did terrifically. We had a strong season, but it's going to be about details," Coquelin said. "The games all the people expect us to win, we have to win them and respond as well in the big games. I think that's what we've done in the last couple of years so we have to carry on doing this." The London side open their 2016-17 league campaign at home against Liverpool on Aug. 14. -Reuters