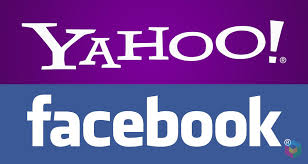 LONDON - The Frankfurt-listed shares of Internet companies Yahoo and Facebook outperformed those of rival Google, after media reports that Google would face anti-trust action from the European Union. Yahoo's Frankfurt-listed shares were up 1.1 percent, while Facebook's Frankfurt-listed stock rose 1.3 percent. By contrast, Google's shares in the German market edged 0.1 percent lower. The European Union will accuse Google Inc on Wednesday of abusing its dominant position in Internet searches, opening the US tech company up to a risk of massive fines and enforced changes in its business model, reported the Financial Times and Wall Street Journal. However, two sources familiar with the matter told Reuters that a formal antitrust charge sheet will not be ready for Wednesday and could take several more months to draw up. The EU can impose fines of up to 10 percent of global turnover, or more than $6 billion in penalties in Google's case. - Reuters