DUBAI (92 News) – Leg-spinner Yasir Shah starred for Pakistan on Day 3 of the second Test against New Zealand, taking ten wickets in the day to leave New Zealand in a perilous position in Dubai, after they were made to follow-on.

Rain was to ruin the morning’s play as Tom Latham and Jeet Raval looked to build a solid response for their side against Pakistan’s first-innings total of 418, and it seemed to be going that way as the opening pair put on a fifty partnership. But Yasir was to make his first intervention of the day, as a horribly executed reverse-sweep from Raval saw him help the ball onto his own stumps. It was a symbolic marker of New Zealand’s forthcoming implosion. His partner Latham departed not long after, as Shah extracted both bounce and turn to see the left-hander guide the ball into the hands of Imam-ul-Haq at short-leg. Ross Taylor departed to a rip-snorting leg-break through the gate, the sort of delivery that leaves your mouth watering. Like a magician with a box of tricks, Shah was intent on providing an exhibition. Henry Nicholls was given the same treatment as Taylor, his forward defence no match for a fizzing delivery that rattled the stumps. In a triple-wicket maiden over, Shah changed the complexion of the whole game. It went from bad to worse for the shell-shocked Black Caps, as BJ Watling was run-out for just 1 – trying to take advantage of a misfield at cover. Hasan Ali got in on the act in the following over, trapping Colin de Grandhomme in front of his stumps. 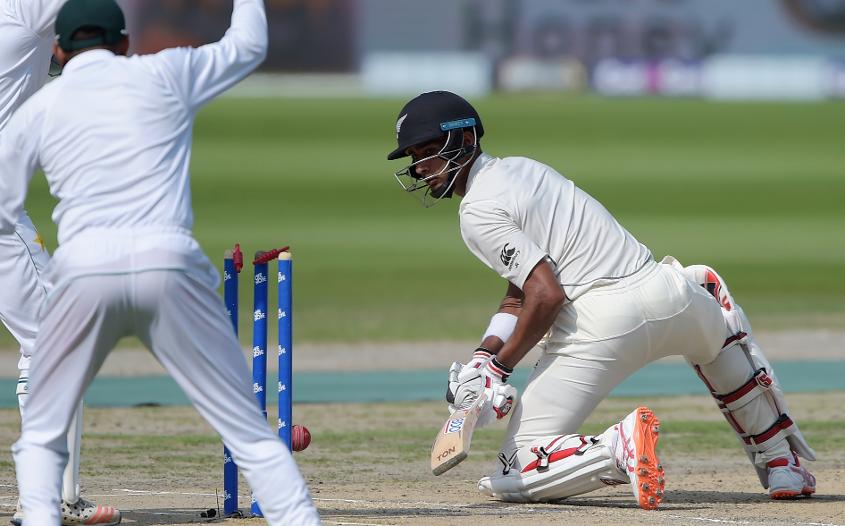 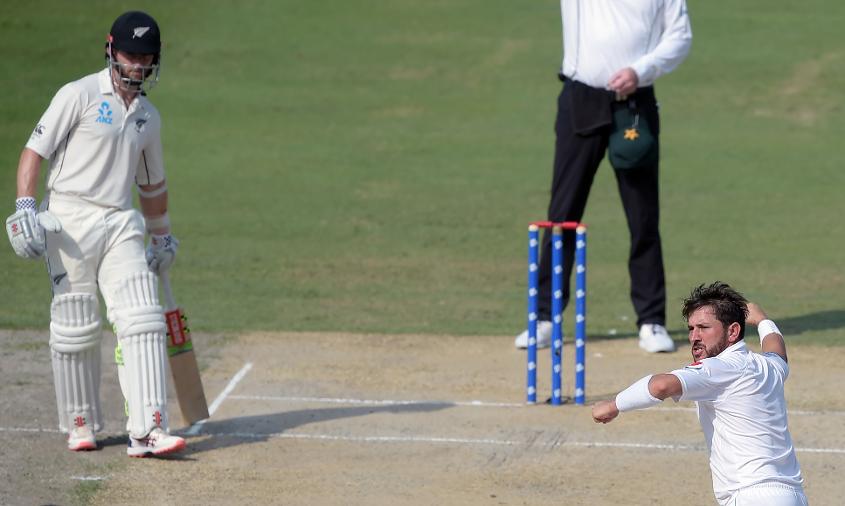 Kane Williamson watched on as Shah ran through the New Zealand batting line-up
Trailing by 328 runs, Sarfraz decided to make the visitors follow on, and Shah refused to show any sense of respite, having Raval stumped for just 2. While Raval’s dismissal earlier in the day signalled the start of a horror show, his departure the second time round was to initiate a mini-fightback from New Zealand. Latham and Williamson were able to put up 56 runs together before Shah intervened with his tenth wicket of the day to remove the captain. Taylor was not to let his duck from the first innings bother him however, striking 49 from 53 balls to help New Zealand close the day of 131/2. Nevertheless, with New Zealand trailing by 197 runs, it is Pakistan who clearly hold the ascendancy as they look to level the series before the final Test in Abu Dhabi next month. 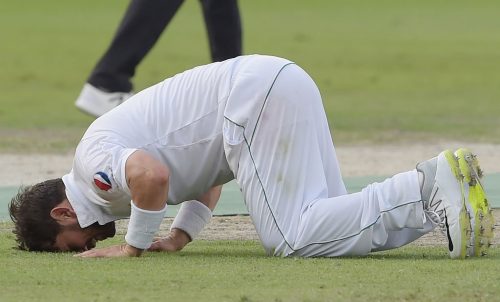