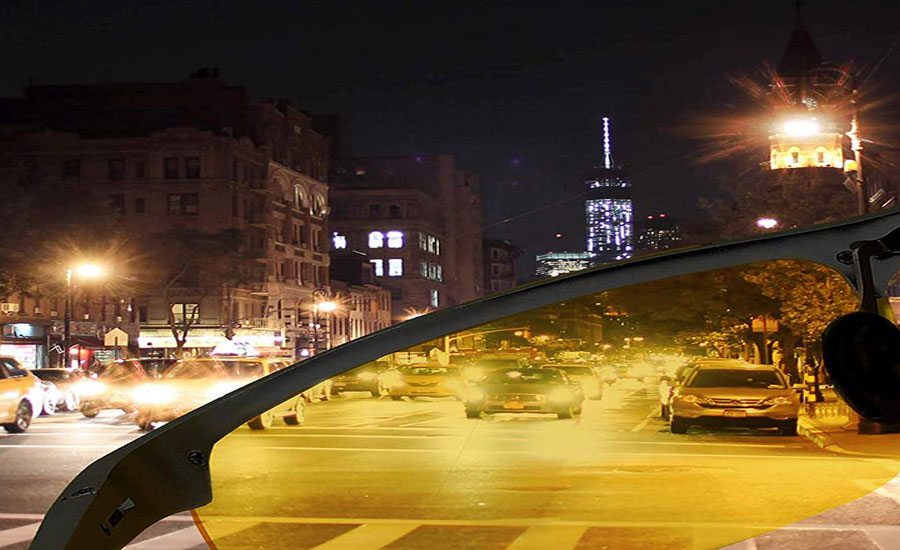 BOSTON (Reuters ) -Touted to improve nighttime eyesight, yellow lens glasses don’t help drivers see better and may, in fact, worsen vision, a new study suggests. Researchers found that yellow-lens wearing volunteers operating a driving simulator were no better at spotting a pedestrian when confronting oncoming headlights than those who wore clear lenses, according to the study published in JAMA Ophthalmology. And there was a suggestion that the yellow tinted lenses might even be making the situation worse. Buyers of these products “have the concept that somehow these magic glasses can improve nighttime driving,” said the study’s lead author, Alex Hwang, an instructor in ophthalmology at the Harvard Medical School and an investigator at the Schepens Eye Research Institute at Massachusetts Eye and Ear. “Wearing (tinted) glasses, whether they are yellow, red or blue, cuts out a chunk of light. Which means this is the same as wearing sunglasses while driving at night.” Hwang’s advice: “Don’t waste your money on these kinds of glasses for night driving.” Despite there being no evidence of effectiveness, yellow-lens glasses are sold widely, Hwang noted. An ad for one brand of yellow-lens glasses sold on Amazon claims that “night vision glasses help reduce night driving glare and eye strain, yellow lenses help to enhance night vision, improve color clarity and optical definition, enable to see better when driving at night or cloudy, rainy days, making night driving safer and easier.” To determine whether yellow-lens glasses could actually improve drivers’ night vision, Hwang and his colleagues set up an experiment using a specially designed driving simulator that included the option of bright oncoming headlights. The researchers recruited 22 volunteers who, wearing either one of three brands of yellow-lens glasses or clear glasses, completed a total of eight night driving scenarios, each of which lasted about 10 minutes. Of the 22, 18 were younger, with an average age between 27 and 28, while the other four, all men, had an average age of 70. During the experiment, volunteers were told to press the horn as soon as they saw a pedestrian. Pedestrians were clad in either a dark blue navy shirt or an orange shirt. In some runs, the volunteers were subjected to bright headlights and in others they were “driving” in the dark. While glare from headlights did seem to slow the speed with which the younger group spotted the pedestrian, wearing yellow-lenses did not improve things. In fact, the yellow lenses appeared to slow their response time, but that finding was not statistically significant. The findings were similar among the older volunteers, but their overall response time was slower than that of the younger volunteers both with and without the yellow lenses. Dr. Douglas Frederick hopes drivers take note of the findings. “The biggest issue is that we don’t want people to have a false sense of security because they are using something that does not (improve vision),” said Frederick, deputy chair of education in the department of ophthalmology at the Icahn School of Medicine at Mount Sinai/New York Eye and Ear Infirmary. “Motor vehicle accidents involving pedestrians are a common problem.” An important secondary finding is that “older people are more sensitive to headlight glare compared to younger people,” said Robert Masoff, a professor of ophthalmology at the Johns Hopkins Eye Institute and author of an editorial that accompanied the new study. “This is a real problem that needs to be addressed.” The reason older people are more sensitive to bright headlights is that “changes occur in people’s lenses with aging,” Masoff said. Those changes lead to more glare, he explained. “Glare can cover up what you’re trying to see. It’s like having a dirty windshield. Cataract surgery may make things better for people, but that study hasn’t been done yet.”