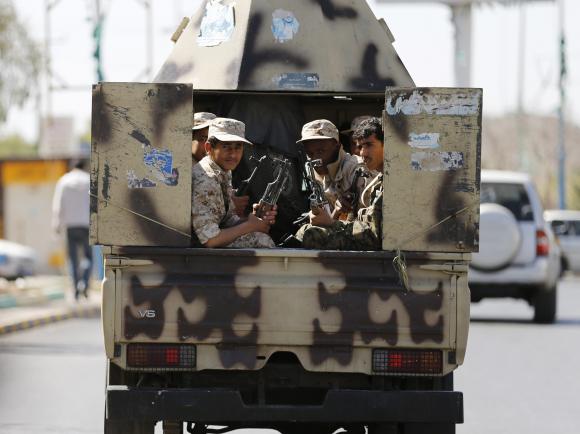 SANAA (Reuters) - Yemen's feuding parties have agreed on a "people's transitional council" to help govern the country and guide it out of a political crisis, UN mediator Jamal Benomar announced on Friday. The move follows the takeover of power by the Houthi movement, a Shi'ite Muslim militia, which led to the resignation of the president last month and the paralysis of many of Yemen's state institutions. "This progress is not a (final) agreement, but an important breakthrough that paves the way towards a comprehensive agreement," Benomar said in a statement. As part of the new formula, Yemen's old 301-member house of representatives, made up overwhelmingly of MPs from the former ruling party thought to be sympathetic to the Houthis, will stay in place. Instead of the traditional upper house, a new transitional council - whose numbers were not specified - will consist of traditionally unrepresented sectors among Yemen's formerly independent South, women and young people. Together the two bodies will make legislation guiding Yemen's transition. Arrangements for the vacated presidency and ministries along with security required further dialogue, Benomar added. There was no immediate comment by the Houthis or the two main Sunni Islamist and socialist opposition parties. Security in Yemen has been steadily unraveling since the Houthis invaded the capital Sanaa in September and began imposing their writ on the government. Regional power house Saudi Arabia along with the United States have both closed their embassies in Sanaa and fear the political vacuum may empower al Qaeda's strong affiliate in Yemen and even fuel a full-blown sectarian civil war.