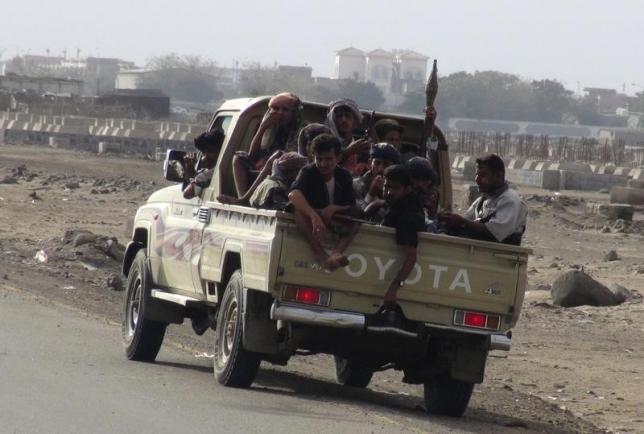 ADEN – Armed Yemeni tribesmen in pickup trucks entered the eastern port town of Mukalla on Saturday to drive out suspected al-Qaeda fighters who took control 48 hours earlier, residents said. The fighters are part of a tribal alliance in the eastern Hadramawt province which has pledged to restore security after the militants seized Mukalla on Thursday and ransacked buildings, broke into banks and freed prisoners. The tribal force had already taken over two military bases further east along the coast at Shihr and Riyan, which were abandoned by the army earlier this week. It was not immediately clear why troops left Shihr and Riyan, nor why they pulled out of Mukalla after offering little resistance, but their withdrawal highlighted the further collapse of any central authority in Yemen. That security vacuum may give Al-Qaeda in the Arabian Peninsula (AQAP), a powerful regional wing of the global jihadi movement, opportunities to entrench itself further in the country's remote eastern reaches. The United States, which has carried out covert drone strikes on suspected al-Qaeda targets in Yemen, withdrew its personnel from the country last month after Houthi fighters pushed south towards the al-Anad military base used by the Americans, 60 km north of Aden. The Shi'ite Houthi forces, which seized the capital Sanaa six months ago along with soldiers loyal to former president Ali Abdullah Saleh, are fighting supporters of the current president in the southern port city of Aden. Saudi Arabia and regional Sunni Muslim allies have waged 10 days of air strikes against the Houthis to try to stem their advances and to support President Abd-Rabbu Mansour Hadi, who fled Aden for Saudi Arabia more than a week ago. Suspected al-Qaeda fighters stormed Mukalla's prison on Thursday, freeing 150 detainees including a prominent local al-Qaeda leader, Khaled Batarfi, Yemeni officials said. They also set fire to the television broadcasting building, residents said. –Reuters